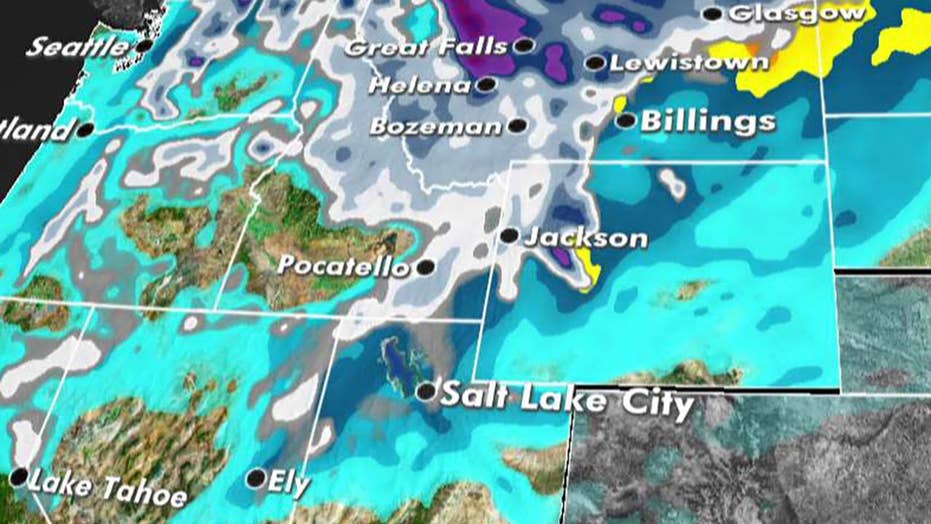 The first day of fall may have just been on Monday, but winter is already well on its way to parts of the northern Rockies, where a potentially "historic" winter storm is setting up for this weekend.

The National Weather Service's prediction center said an upper low-pressure system dropping into the Pacific Northwest late Friday is forecast to bring what's expected to become a "significant and possibly historic" early-season snowstorm across portions of the northern Rockies.

"Snow, lots of it across the northern Rockies and the northern Plains, it's coming," Fox News Senior Meteorologist Janice Dean said on "Fox & Friends."

The NWS's prediction center said that cold air is filtering into the region behind a cold front on Thursday with scattered rain and snow showers, setting the stage for the abrupt return of winter by this weekend.

"Widespread precipitation is expected to break out by Friday night and Saturday morning as an area of low pressure develops to the south between Salt Lake City and Idaho Falls," the WPC said.

Winter storm watches have been issued across portions of northwestern Montana, where one to three feet of snow and blizzard conditions are possible. The heaviest snow and most extreme conditions are forecast to occur on Saturday and Sunday across the region.

"This is a significant fall storm that could produce significant widespread impacts. Near blizzard conditions are possible in some areas," the NWS Great Falls said in a situation report. "What makes this storm more significant is the snowfall will be wet/heavy and with leaves still on the trees, significant tree damage, along with power line damage, is possible."

Officials advise that power outages could be widespread and last much longer than normal. Hunters and others planning to be outdoors are also warned to prepare a prolonged period of wet and cold conditions.

While the highest amounts of snow will fall in mountain areas, forecasters advise that valley snow is becoming more likely.

"Accumulations will be minimal, but for so early in the season, it will be a major impact, along w/all the other impacts we'll see," the NWS Missoula said on Twitter.  "Suffice to say: this will be a historic storm."

The Great Falls, Montana-area could see between eight and 12 inches of snow, which would break a new record for September.

While records go back to 1937, the current maximum record snowfall for September in Great Falls is 6.1 inches, according to NWS Seattle.

The early-fall snowfall may be a sign of what to expect in the months ahead. The Farmers’ Almanac is predicting that "bitterly cold winter conditions" will be in place from areas east of the Rockies all the way to the Appalachians, with the coldest outbreak of the season arriving during the final week of January and lasting through the beginning of February.