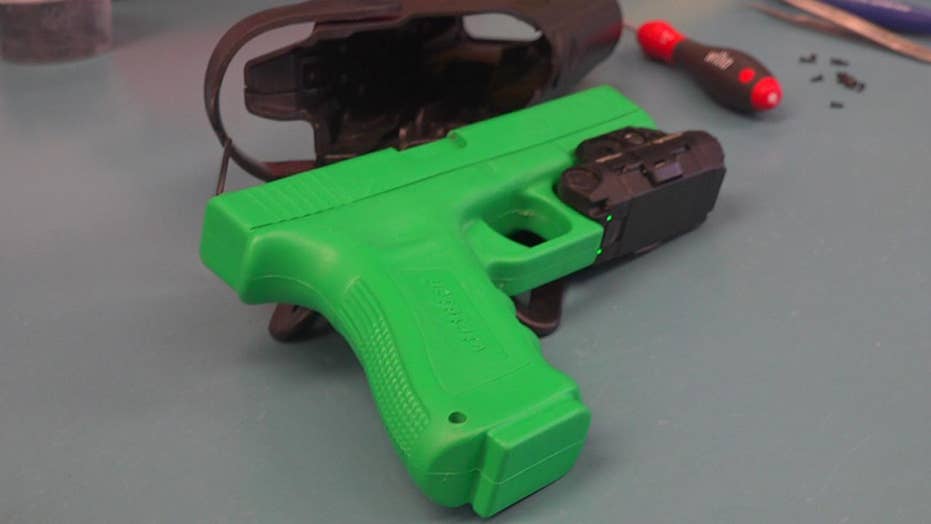 Police departments across the country are increasing their use of video technology to capture a clearer picture in cases of officer involved incidents.

HIAWATHA, Iowa -- As many Americans watched in horror as protests broke out in Ferguson, Mo., after the Michael Brown police shooting,  Brian Hedeen felt compelled to find a solution.

People, he said, were unclear why the officer pulled the trigger and killed Brown -- leading to weeks of unrest. That uncertainly led him to start a company that would give the public some clarity. His business, Viridian Weapon Technologies in Minneapolis, Minn. is one of two companies offering technology that places a camera on a police officer's gun -- rather than the body.

Hedeen, and other proponents of the new technology, say gun-mounted cameras offer a better view of a police shooting and are more precise than body-worn cameras.

“Body-worn cameras are really good, but there are some limitations,” said Hiawatha Police Chief Dennis Marks, which recently began using gun-mounted cameras in his department. “There are different places that the officers wear the cameras and the problem with that is during a critical incident when a weapon is involved, your weapon potentially is going to be blocking that.”

But the technology -- now being used in police departments in Minnesota, Texas, Florida and Iowa -- has come scrutiny by civil libertarians who worry that because they are less expensive, they could eventually replace body cameras, which capture a fuller picture. The gun cameras cost about $500, at least 5 to 10 percent cheaper than traditional body cams.

Unlike a bodycam, which officers need to turn on manually, gun cameras begin rolling as soon as officers pull their service weapons from their holsters. So it does not capture the footage leading up to the shooting -- but does provide an unobstructed view. Most police departments using the technology are pairing it with the bodycams.

“The ultimate goal for us is to have an unbiased video of a critical incident,” Marks said.

Police departments across the country are starting to use gun cameras, like this one from Viridian Weapons Technologies in Minnesota, as a way to provide an unobstructed view the moment the officer pulls his or her weapon. (Fox News/Mitti Hicks)

Hedeen said the gun cams are practical and affordable for cash-strapped police departments.

“Bodycams end up costing a lot of money due to all the data that's generated needs to be stored as well as processed. Departments usually need to hire staff to manage this,” Hedeen said. “Our product is a fraction of the data because it's only recording when the gun is out of the holster so, it's very easy for them [police departments] to implement and manage.”

But that is exactly what has drawn concerns.

“Gun cameras should not be a replacement for body cameras,” said Kyle Middlebrooks, president of the NAACP chapter in Des Moines, Iowa. “If we’re using just that as the information to solve an entire case, you’re missing everything that led up to that incident.”

Supporters of bodycams said they hold police officers accountable and have prompted many officers to change their behavior when they interact with the public. Hedeen said he believes gun cameras could be another tool for law enforcement.

Police departments across the country are using gun cameras, like this one from Viridian Weapons Technologies in Minnesota. The company confirmed it has clients in Arizona, Texas, Minnesota, and Iowa. (Fox News)

For Marks, the Hiawatha police chief, he believes the gun cameras will serve as a critical piece in use-of-force incidents.

“I think this is the last step, you know, your last opportunity to get out in front and get the video that you’re looking for," he said. "I do believe this is the last piece of the puzzle.”