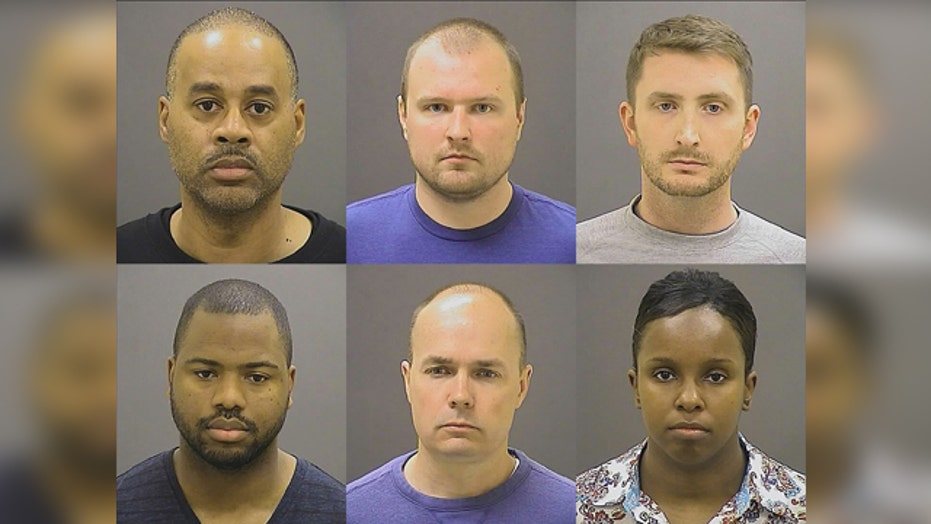 The fundraising website GoFundMe has scuttled a campaign to raise money for the six Baltimore police officers accused in the death of Freddie Gray.

"Fox & Friends" said Sunday the fundraising page set up for the officers by the Baltimore police union was hastily removed by the California-based website.

“Apparently our GoFundMe account has been suspended with no explanation,” the Baltimore police union said on Twitter, according to the Washington Times. “We are working to find a new site for donations. Thank you!”

Last month, GoFundMe yanked fundraisers for two Christian-owned businesses that refused to serve gay weddings. The moves generated controversy, and forced the website to tighten its policy on prohibited crowdfunding, the Times said.

According to the Times, GoFundMe said the donations page for the officers violated its ban on fundraising in defense of “formal charges, or claims of heinous crimes, violent, hateful or discriminatory acts.”

GoFundMe spokeswoman Kelsea Little explained to the Baltimore Sun that the website cannot be used to benefit those who are charged with serious violations of the law.

“The campaign clearly stated that the money raised would be used to assist the officers with their legal fees, which is a direct violation of GoFundMe’s terms,” Little told the paper.

The police union said on the fundraising page that the money being raised would be used to assist the six suspended officers with their living expenses, as well as to help defray legal expenses.

The police union had set a goal of $600,000 for the six officers. Only a few hundred dollars had been raised before the page was taken down.

Baltimore’s chief prosecutor Marilyn Mosby said Friday the 25-year-old Gray suffered a spinal injury as he was being transported to jail in a police wagon. The driver of the vehicle Cesar Goodson faces a murder charge as well as other charges. Three other officers face a top charge of manslaughter. The other two face a top charge of assault.

Police union officials have defended the officers, saying they did nothing wrong while accusing Mosby of a "rush to judgment."