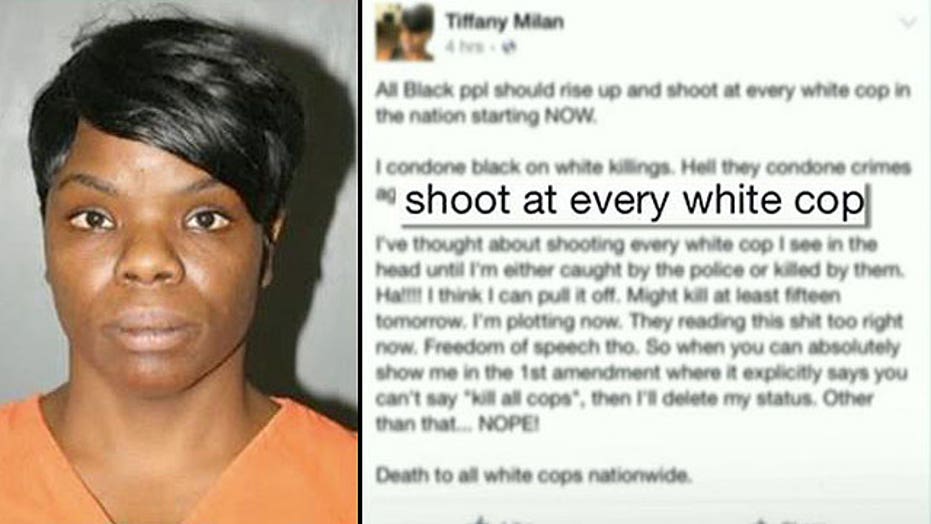 A Georgia woman was arrested Wednesday by police and federal agents after making threats to kill police officers on social media under a false name.

Ebony Monique Dickens, posting under the name Tiffany Milan, wrote on Facebook that “all black people should rise up and shoot at every white cop in the nation starting right now,” police say.

Authorities also said Dickens wrote “I thought about shooting every white cop I see in the head until I’m caught by the police or killed by them. Ha!!!! I think I can pull it off. Might kill a least 15 tomorrow. I’m plotting now.”

MyFoxAtlanta.com reports, citing police, that Dickens admitted to writing the post when they arrested her.

Dickens is charged with making online terroristic threats and was ordered by a judge that all of her social media accounts be suspended.

The post comes as racial tension boiled over in Baltimore when protests turned violent as rioters caused widespread damage throughout the city. The riots were fueled by the death of Freddie Gray, a black man who died a week after suffering a spinal injury while in police custody.