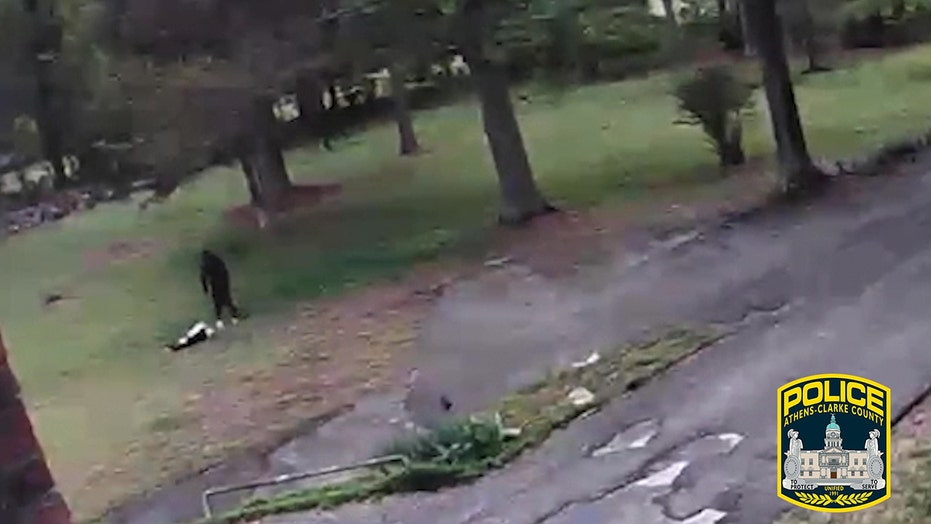 Police in Georgia are working to identify a man who was seen hitting and kicking a dog on home surveillance video last month.

The incident happened around 9:17 a.m. on April 13 in the 100 block of Lavender Road in Athens, Athens-Clarke County police said on Wednesday.

Investigators released still images from a nearby home’s security cameras that show the unidentified man hitting, kicking and dragging the dog.

The unidentified man allegedly hit, kicked and dragged the dog in an incident that occurred around 9:17 a.m. on April 13. (Athens-Clarke County Police Department)

The unidentified man is being sought in connection to an animal cruelty incident, police said. (Athens-Clarke County Police Department)

Authorities asked area residents to review their security cameras from around the time of the incident and to share any information about the man or dog with the Athens-Clarke County police.