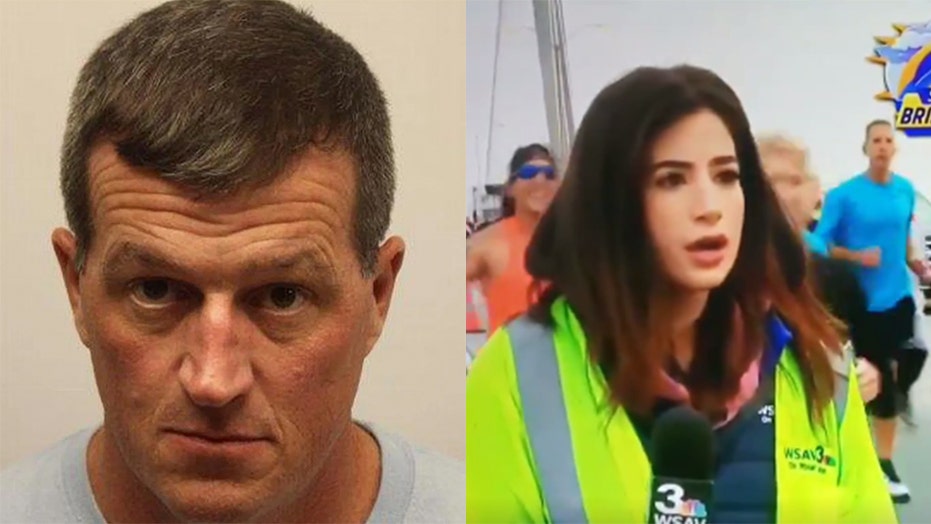 A participant in a Georgia 10K run who was caught slapping a female reporter's behind while she was on air has been arrested.

The video clip of Callaway smacking the rear of TV news reporter Alex Bozarjian as he was taking part in the Dec. 7 Savannah Bridge Run 10K has been viewed more than 12 million times on Twitter as of Saturday morning.

“The conduct displayed toward Alex Bozarjian during her live coverage of Saturday’s Savannah Bridge Run was reprehensible and completely unacceptable,” the Savannah television station the employs Bozarjian said after the arrest.

RUNNER WHO SLAPPED TV REPORTER’S BEHIND SPEAKS OUT

“No one should ever be disrespected in this manner. The safety and protection of our employees is WSAV-TV’s highest priority.”

Bozarjian told police the man had slapped and then grabbed her buttocks, the Associated Press reported.

She filed a complaint against Callaway with the Savannah Police Department on Wednesday, the New York Post reported.

“To the man who smacked my butt on live TV this morning: You violated, objectified, and embarrassed me,” Bozarjian said in a Dec. 7 tweet that included footage of the on-air assault. “No woman should EVER have to put up with this at work or anywhere!! Do better.”

Callaway appeared on “Inside Edition” and said he “got caught up in the moment.”

“I was getting ready to bring my hands up and wave to the camera to the audience; there was a misjudge in character and decision-making,” he added.

His attorney, Joseph Turner, declined to comment on the arrest to AP.

The misdemeanor charge is punishable by up to one year in jail.