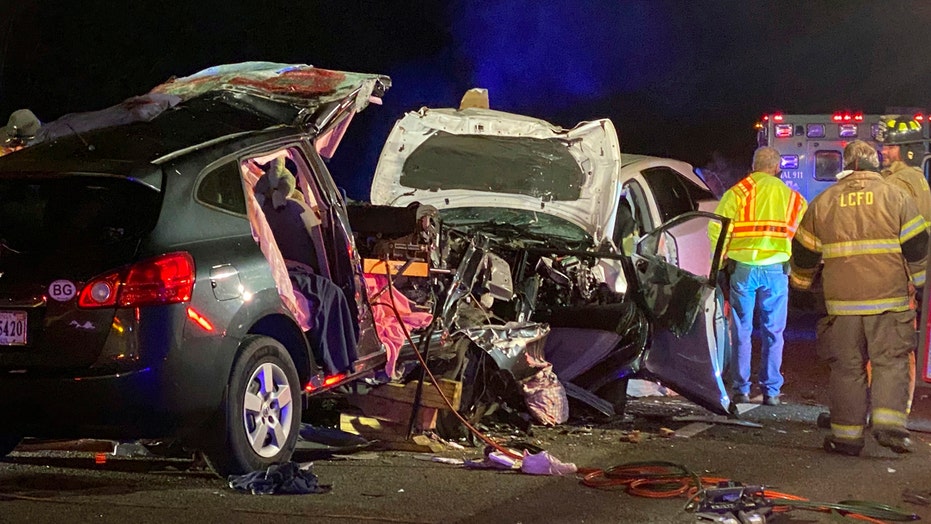 Six people were killed – including three children – after a head-on collision on Interstate 95 in Georgia early Sunday, according to officials.

The Georgia State Patrol told Fox 5 the deadly crash happened around 2:05 a.m. near the Exit 76 on-ramp to the interstate in Liberty County, located about 30 miles south of Savannah.

Officials said a Lexus RX350 with Florida license plates driven by 77-year-old man had been traveling in the wrong direction in the left lane on the interstate. The Lexus then struck head-on a Nissan Rogue with an adult female driver, adult passenger and three children inside.

Liberty County Sheriff’s Deputy Lt. Jason Colvin told the Coastal News Service that the Liberty County 911 issued a “lookout advisory” around 2 a.m. for a white Lexus traveling southbound in the northbound lane of I-95.

Deputies were headed to the interstate to intercept the driver when they received a call about the crash.

All six people involved in the crash were killed, officials told Fox 5. Images from the scene showed the front of both vehicles crumpled where they came to a stop on the interstate.

Officials from the Georgia State Patrol said that everyone had their seatbelts on and the 77-year-old driver was not impaired at the time of the crash, according to Fox 5.

While authorities are not releasing the names of the victims pending notification of next of kin, they did say the Nissan Rogue did have Virginia tags.

The crash unfolded shortly after 2 a.m. in Liberty County, Ga. in the northbound lanes of Interstate 95. (AP Photo/Lewis Levine)

Deputies investigating the crash said the children are believed to be between the ages of 3 and 10 years old, WSAV-TV reported.

The crash closed down all northbound lanes of the interstate until around 5:30 a.m. on Sunday.

The incident remained under investigation.