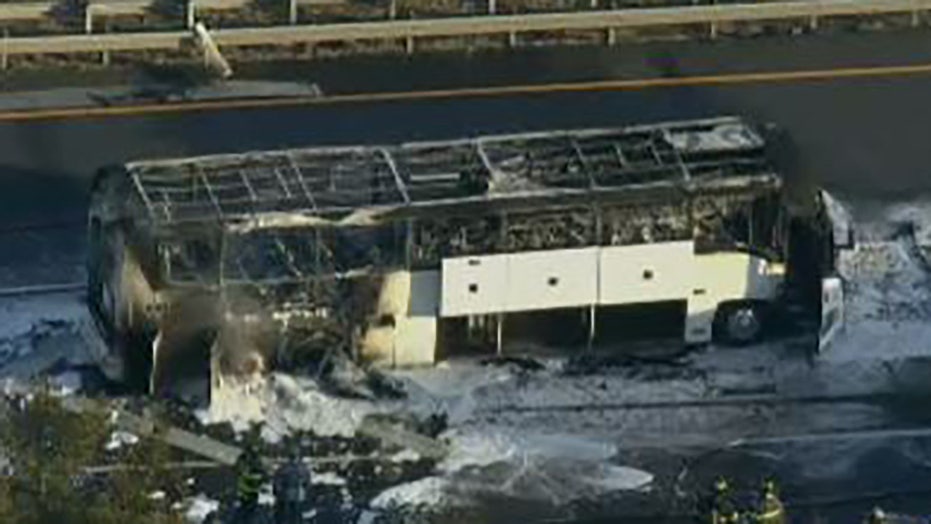 A bus burst into flames early Thursday morning while traveling on the New Jersey Turnpike.

Video filmed from helicopters above the scene showed high flames engulfing a charter bus stopped on Interstate 78 near Union, N.J. Large clouds of black smoke billowed from the blaze as emergency responders arrived on the scene. Firefighters managed to put out the fire by 7:30 a.m., according to PIX 11. White smoke was seen coming off the charred bus afterward.

No injuries were immediately reported. About 13 passengers were seen waiting in the highway median for another bus to arrive to pick them up, WABC reported. Social media users also shared video showing the massive fire as they passed on the other side of the highway.

The bus is owned by Trans-Bridge Lines, an interstate bus transportation company with daily service between Pennsylvania and New Jersey, and the Port Authority Bus Terminal in New York City.