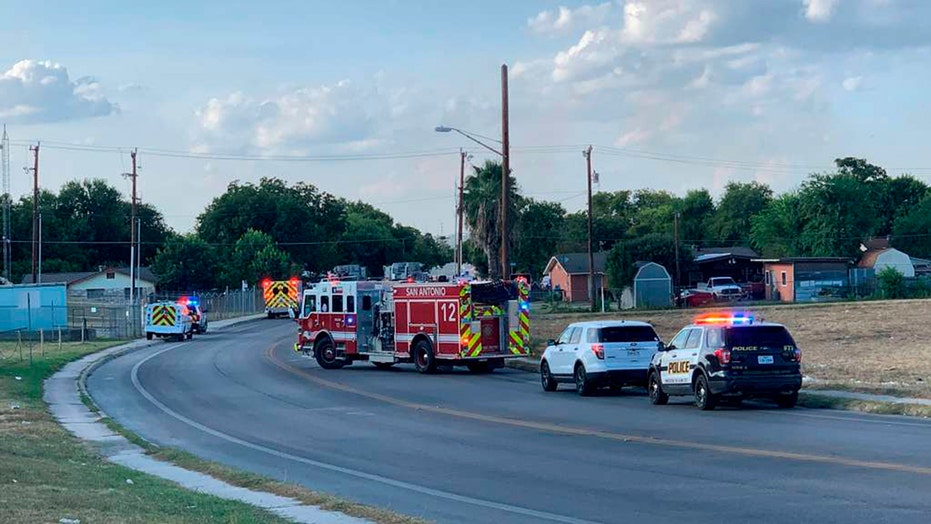 Four people were found dead Monday after emergency services responded to a San Antonio house fire, in what officials believe to be a triple murder-suicide.

Police spokeswoman Romana Lopez said officers responded to a report of a family disturbance at a home in southwest San Antonio, just south of Joint Base San Antonio-Lackland.

When authorities arrived, they found the house engulfed in flames and two bodies in the front yard with gunshot wounds. Firefighters were unable to immediately extinguish the flames because the suspect was still considered a threat, but later discovered the bodies of the suspect and his grandmother inside the house.

The bodies in the front yard – a man and a woman both in their 60s – were believed to have been pulled from the house by neighbors who rushed to aid after seeing the flames, officials said.

Police Chief William McManus stated Monday that the three victims lived together in the home, but their names and those of the suspect will not yet be released because of the ongoing investigation.

McManus said the suspect's sister called 911 and told the dispatcher her brother was flipping over tables and breaking items in the home. The sister was not at the home when she called the police.

The Bexar County Appraisal District lists the home as being owned by Curtis Middendorf, who said Tuesday that he owns a number of properties handled by a property manager, including the one that was burned Monday. Middendorf said he was unaware of the violence.