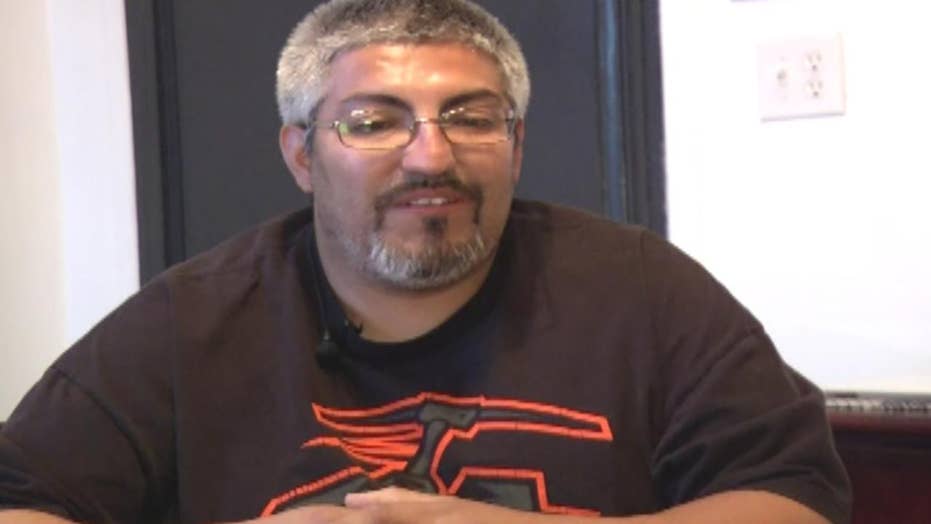 As a massacre unfolded at a Walmart in Texas during the weekend, a longtime store associate said he let his training take over: Putting the customers first.

Gilbert Serna, a CAP Team supervisor at the Walmart in El Paso near the Cielo Vita Mall, was at work around 11 a.m. on Saturday, as the 21-year-old suspect allegedly opened fire in the store, initially killing at least 20 and injuring another 27. Two of the injured died Monday.

“I’ve been trained the customers come first, so I needed to get them to safety,” Serna told KFOX14.

Serna, 36, said he was familiar with the sound of gunshots after watching "numerous videos." When gunfire first broke out, he immediately recognized the sound was gunshots and that he needed to spring into action, describing to KFOX14 what he did next.

“I told her, I am going to throw everyone in a container, so I opened the shipping containers outside the store and threw the customers in there and was at the fire exit waiting for more to come out,” he said.

Serna, who has worked for 18 years at the Walmart store, said he believes he helped over 100 people inside get to safety amid the shooting. The Walmart was near capacity at the time of the shooting, with hundreds of shoppers inside along with 100 employees during the busy back-to-school shopping season.

Woman was shopping in Walmart when shots rang out; Garrett Tenney reports.

After he was able to get people out of the back doors and into trailers in the back, Serna then went along the side of the store to warn other of what was unfolding inside and to seek shelter in the nearby Sam's Club. While some may refer to his actions as heroic, he said it was just the "El Paso way."

The El Paso shooting is one of the deadliest in modern U.S. history, and the death toll rose Monday as doctors announced that two more of the wounded had died.

Police officers walk by shopping carts at the scene of a mass shooting at a shopping complex Sunday, Aug. 4, 2019, in El Paso, Texas. (AP Photo/John Locher)

Dr. Stephen Flaherty of Del Sol Medical Center described the wounds as "devastating and major" and said that one patient who died had major abdominal injuries affecting the liver, kidneys and intestines.

On Monday, officials identified the 22 people killed in the massacre, with a list from the medical examiner’s office showing that the victims ranged in age from 15 to 90.

The 21-year-old suspect was booked on capital murder charges. Authorities said Sunday the crimes he's accused of are being investigated as domestic terrorism. Officials were also looking into whether hate crime charges against him are appropriate. Although Fox News has identified the suspect, neither his name nor his photo are being aired or published unless necessary for clarity.

Serna told KFOX14 that two of his co-workers at Walmart were wounded in the shooting, one of which has since been released from the hospital while the other is still in stable condition. He said Monday hew as happy to have saved lives, but witnesses something that now he "just can't get it out of my head."

People visit a makeshift memorial, Monday, Aug. 5, 2019, at the site of a mass shooting at a shopping complex, in El Paso, Texas. (AP Photo/John Locher)

“You may have scared me, but you didn’t break me,” he told KFOX14. "We are El Paso strong, Walmart strong, store 2201 strong, and we will rise again."