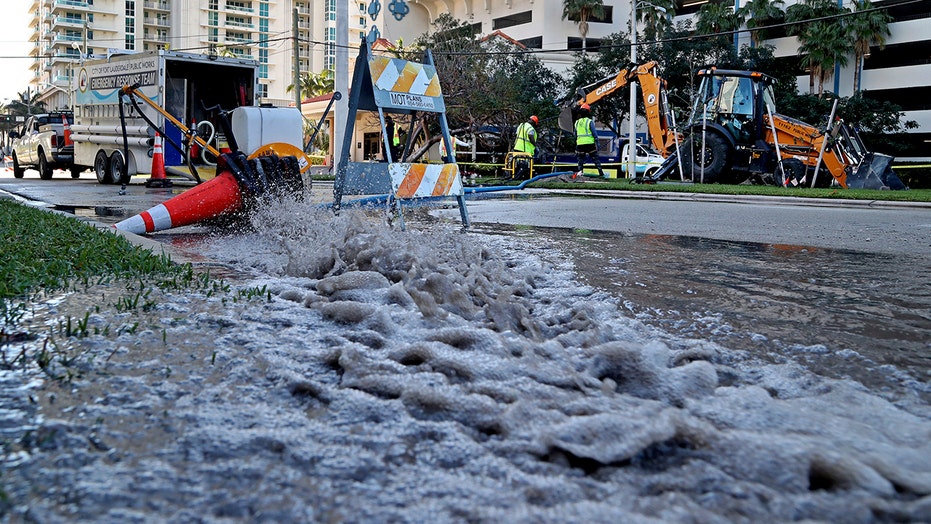 More than 200 million gallons of toxic sewage – enough to fill 320 Olympic-sized swimming pools – spilled into Fort Lauderdale’s waterways over the past three months due to breaks in the city’s aging pipe system, according to a report Monday.

After the ninth and most recent break in the water main system since December, residents in the southern Florida coastal city last week were advised to boil water used for drinking, cooking and brushing their teeth for about nine days, the Miami Herald reported. A precautionary boil water notice, which took effect Feb. 8, was lifted Sunday when officials confirmed the water tested safe for use.

“Considering the extent of this pollution, we should be more than eligible for state and federal assistance,” Mayor Dean Trantalis told the Sun-Sentinel. “We cannot suffer this burden alone.”

About 127 million gallons of sewage spewed from six separate breaks in the pipe system into the Tarpoon River, the Himmarshee Canal and streets in three neighborhoods in December, the Sun-Sentinel reported. During a 10-period from Jan. 30 to Feb. 8, an additional 79.3 million gallons spilled into George English Lake, city officials reported to the Department of Environmental Protection. Then 5.4 million gallons of sewage flooded into streets near the park located by a major shopping mall.

A city of Fort Lauderdale crew responds to a water main break in the area of 100 South Birch Road in Fort Lauderdale Beach. Fort Lauderdale has been dealing with a slew of back-to-back pipe breaks of late. (Susan Stocker/South Florida Sun-Sentinel via AP)

Jeff Maggio, a local fisherman, told the Sun-Sentinel on Sunday he hasn’t visited George English Park since Jan. 30 when sewage began surging out of a large pipe buried underwater.

“All the fish are dead there,” Maggio told the newspaper. “Everything’s just gone. Crabs, oysters, barnacles and plankton. Crews have been out there picking up hundreds of fish out of the water so it doesn’t look like holy hell. Manatees are swimming in that poison.”

Fort Lauderdale city officials announced that Sunday repairs were completed on a 16-inch water main break in the South Fork of the New River. That break prompted the precautionary boil water notice.