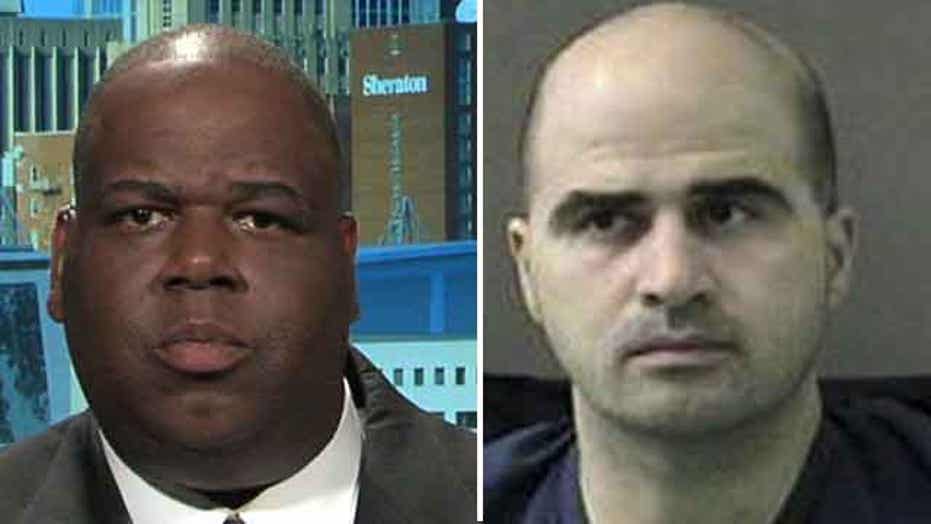 FORT HOOD, Texas – The Army psychiatrist charged in the 2009 deadly Fort Hood shooting rampage told some potential jurors Wednesday that he supports the Taliban and the strict Islamic Sharia law.

Maj. Nidal Hasan, who is serving as his own attorney in his court-martial, asked questions of individual Army officers on the second day of jury selection. On Tuesday after the first group of 20 potential jurors arrived, he declined to ask questions.

Hasan, 42, faces execution or life without parole if convicted in the rampage that left 13 dead and nearly three dozen wounded on the Texas Army post on Nov. 5, 2009.

In answering Hasan's questions, several potential jurors said they had negative views of Muslims, the Quran or Sharia law. But they said they could put aside those views and only consider evidence in the case.

Hasan told one colonel that Abdulhakim Muhammad, sentenced to life in prison for the June 2009 fatal shooting of a soldier outside a Little Rock, Ark., military recruiting station, was his "brother and friend." He asked if that would affect her ability to serve, and she said no.

The military judge, Col. Tara Osborn, told Hasan several times to rephrase his questions and avoid referring to himself as the shooter, saying he is acting as an attorney during jury selection and will be held to the same standards. She reminded him that he was not testifying.

Another colonel told a prosecutor he didn't understand questions about whether he had formed an opinion on whether Hasan is guilty.

"He sits here in a wheelchair because of wounds he sustained on that particular day," the colonel said. "In terms of 13 victims and who the shooter was, I have an opinion that Maj. Hasan was the individual who pulled the trigger."

Hasan is paralyzed from the abdomen down after being shot by police the day of the rampage.

A 13- to 16-member jury -- with ranks equal to or higher than Hasan's -- will be chosen for his court-martial. Death-penalty cases in the military require at least 12 jury members, more than in other cases. And unlike other trials, their verdict must be unanimous in finding guilt or assessing a sentence.