A former New Orleans, Louisiana, police officer pleaded guilty on Wednesday to sexually assaulting a 15-year-old girl who was a crime victim.

In May 2020, the U.S. Department of Justice said on Thursday, Rodney Vicknair, 55, worked as an officer for the New Orleans Police Department when he escorted a 14-year-old girl to an area hospital to undergo a forensic analysis called a rape kit.

Vicknair, court documents said, gave the girl his cellphone number, offering to be her mentor and friend.

The DOJ said in the months and weeks that followed, Vicknair communicated with the victim through texts, phone calls and Snapchat messages. He would also stop by the victim’s home unannounced, and as the relationship continued, he would make comments that were "sexual in nature."

On Sept. 23, 2020, Vicknair went to the victim’s house and told her to meet him outside and get into his vehicle, a press release from the DOJ read. The victim was 15 years old at that point.

The U.S. Department of Justice is seen on June 11, 2021 in Washington, DC.  (Kevin Dietsch/Getty Images)

Vicknair then reportedly locked the doors of the vehicle to prevent the victim from leaving, leaned over toward her, and sexually assaulted her by touching her under her clothing, without her consent.

Vicknair said in court that he knew his actions were wrong and against the law, but he did it anyway, according to the press release.

"The defendant’s job was to protect a child who was a victim of sexual assault but instead he exploited her vulnerabilities and abused his position of power to carry out his own sexual assault of the victim," Assistant Attorney General Kristen Clarke of the Justice Department’s Civil Rights Division said in the press release. "Law enforcement officials who sexually assault children are not above the law. The Civil Rights Division will continue to hold accountable law enforcement officers who sexually assault their victims when they should have otherwise been keeping them safe."

Vicknair is scheduled to be sentenced on March 8, 2023.

Tracey Knight of the Eastern District of Louisiana and Fara Gold of the Criminal Section of the Justice Department’s Civil Rights division are prosecuting the case. 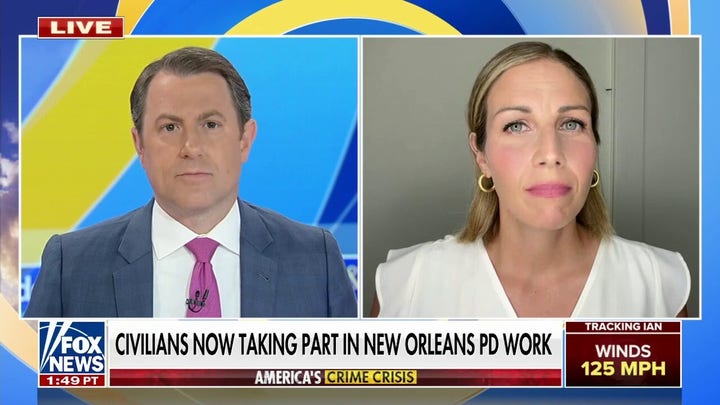