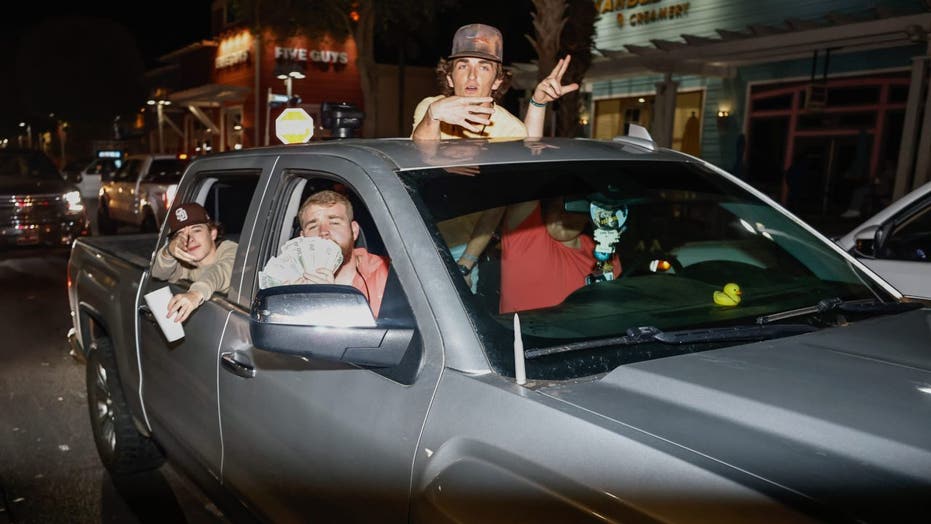 Florida spring break revelers crowded parts of Panama City Beach on Saturday night, prompting police to descend upon the area and causing several businesses to close for the day, according to a local report.

Officers from the Panama City Beach Police Department closed a two-mile stretch of Front Beach Road as of about 9 p.m. Saturday, as spring break crowds flooded the area, Chief J.R. Talamantez confirmed to MyPanhandle.com. Crowds remained on the sidewalks, while vehicular traffic was also heavy, he reportedly said.

FLORIDA SPRING BREAKERS CARRY ON IN PANAMA CITY, FAR AWAY FROM TROUBLES IN MIAMI BEACH

Talamantez said crowds were not violent but some revelers were "acting a fool," according to the report.

City officials said in a statement on Saturday that they had "expected a large crowd" during the weekend and had formulated a plan, according to several local reports.

"We have approximately 100 officers from our agency, the Bay County Sheriffs Office, Lynn Haven Police Department, Panama City Police Department, and Florida Highway Patrol along with other surrounding agencies, to provide service to our residents, visitors, and businesses," the statement reportedly said.