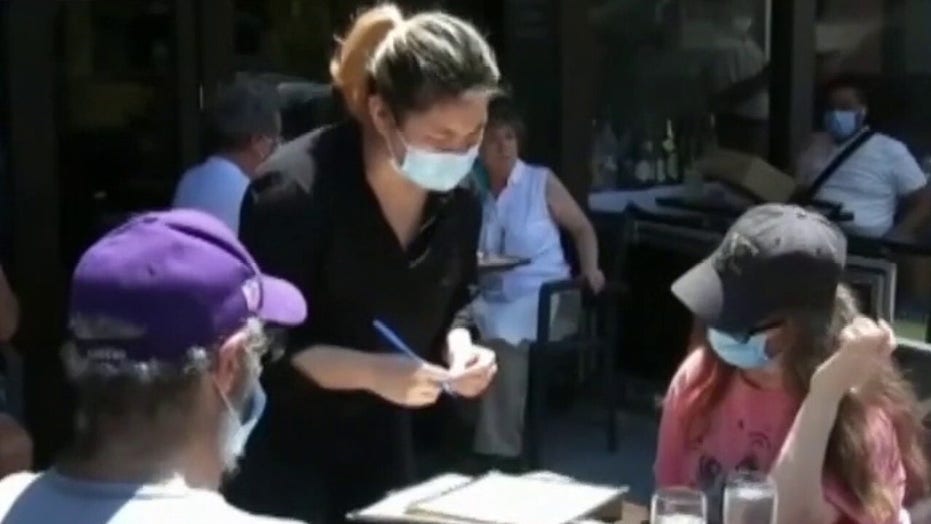 The Department of Health reported over 9,600 new cases of COVID-19, surpassing Friday’s record high of nearly 9,000 cases. The state has reported more than 132,000 cases of coronavirus and more than 3,300 deaths, according to Johns Hopkins University data.

In an attempt to stem the rapidly increasing number of new cases, Miami-Dade Mayor Carlos A. Gimenez said he would be closing all beaches in the county from July 3 to July 7.

Miami-Dade has the highest rate of coronavirus cases in the state with more than 30,000 reported cases in the county.

“The closure may be extended if conditions do not improve and people do not follow New Normal rules requiring masks to be worn always inside commercial establishments and outdoors when social distancing of at least 6 feet is not possible,” Gimenez said in a statement.

“We’ve advised that’s something that could make an impact,” DeSantis said. “At the same time, to do police and put criminal penalties on that is something that probably would backfire.”

Several counties have mandated mask rules including Hillsborough, Pinellas and Miami-Dade. But masks have become a politicized topic and several conservative leaders have been hesitant to enforce them -- with some even referring to such regulations as “draconian.”

A Republican county chairman from Leon County has reportedly teamed up with GOP state Rep. Anthony Sabatini and filed a lawsuit against the county-wide mandate enforcing masks to be worn indoors when social distancing is not possible, according to a local news outlet.

The state's Department of Business and Professional Regulation further announced Friday that it has temporarily suspended the in-person consumption of alcohol at all bars statewide.

This latest ban is an attempt to discourage younger demographics from engaging in risky behaviors as the coronavirus pandemic remains a threat.

“The community transmission is being driven by the 18-35-year-old group,” DeSantis said Friday.

DeSantis also said that over the last few weeks, the trend of who is testing positive for coronavirus is no longer the 65 and older age group, but rather test results are showing positive for people with a median age of 33.

"It's a paradigm shift because we're dealing with young people, people who are going to be asymptomatic, and people who are getting infected in a community setting, not an outbreak setting where you know who to identify, isolate and contact trace," Dr. Anthony Fauci said during a White House Task Force briefing Friday.

The task force held a briefing for the first time in two months as the U.S. reported an all-time high of 40,000 new cases in a day on Friday.

Several states that were initially quick to reopen their economies have seen spikes in coronavirus cases over the last week.

Texas Gov.  Greg Abbott announced Friday that the state will be putting a pause on its re-opening strategy in an attempt to staunch the numbers.

Florida’s governor had made no such announcement at this time.