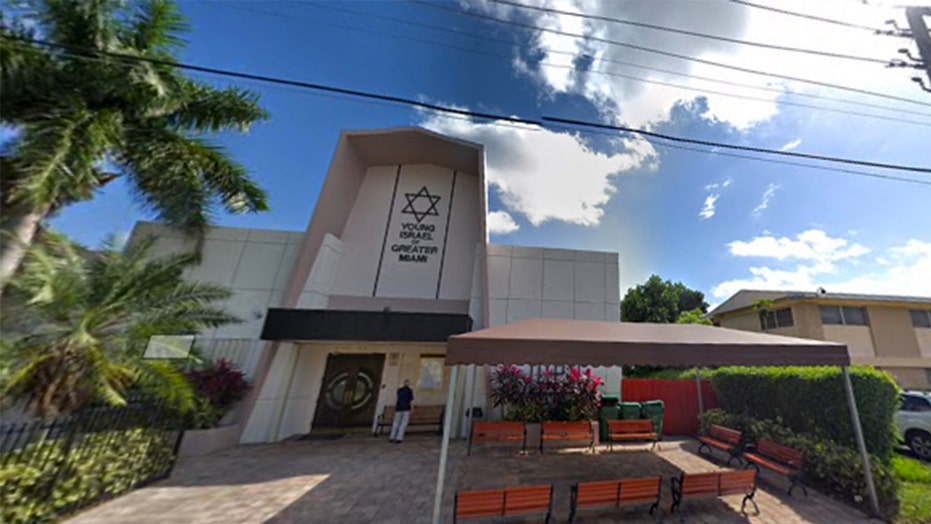 A 68-year-old man was struck several times in a drive-by shooting outside a synagogue in Miami, Fla., on Sunday in an incident cops are investigating as a possible hate crime.

The man, who was not identified, was shot outside the Young Israel of Greater Miami synagogue in North Miami Beach at around 6:30 p.m., the Miami-Dade Police Department told Fox News on Monday.

A man was shot outside the Young Israel of Greater Miami synagogue in Florida on Sunday night, police said. (Google)

Investigators said the man was walking toward the entrance of the synagogue when a black Chevy Impala drove by and then "circled around" a second time before the driver "exited the vehicle and opened fire, striking [the man] several times in the lower extremity." Officials have not released a description of the suspected shooter.

The man was transported to a nearby hospital, and police said he was "expected to be in stable condition."

Authorities said it's too early to determine whether the shooting will be classified as a hate crime, but authorities are investigating.

"In order to classify a crime a hate crime, there are several elements that need to be present," a Miami-Dade Police spokesperson told Fox News. "And that’s what investigators are looking into as we speak."