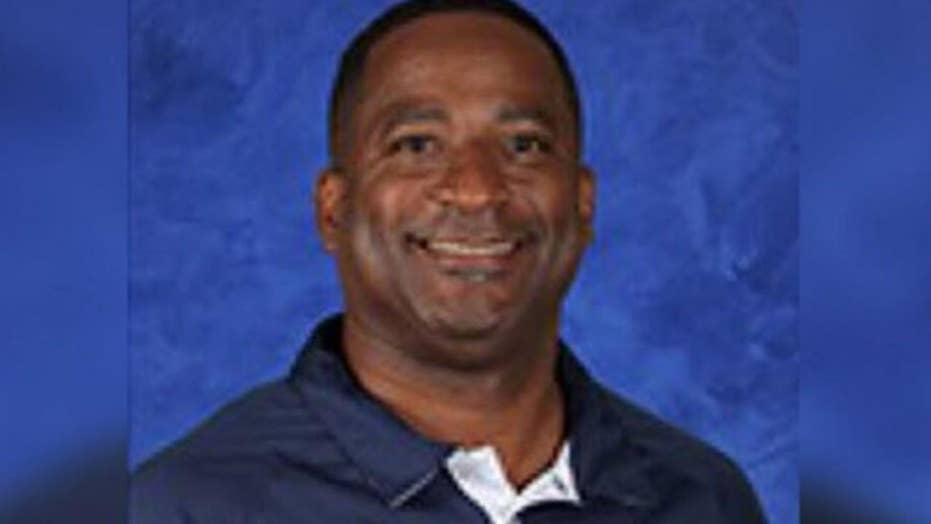 Florida principal William Latson lost his job for comments he made to a student’s mother about the Holocaust. An investigation revealed he told the woman, 'I can't say the Holocaust is a factual, historical event.'

The Florida high school principal who refused to say the Holocaust happened because "not everyone believes" the historical event actually occurred has been fired.

William Latson, principal of Spanish River High School in Boca Raton, was initially reassigned when it was revealed he made the comments in April 2018. But on Wednesday, the Palm Beach County school board voted to oust him from the district.

Latson was fired on grounds of “ethical misconduct” and “failure to carry out job responsibilities," The Palm Beach Post reported.

Outrage was sparked after Latson told a student's mother via email he was not allowed to say whether the Holocaust occurred because of his employment with the School District of Palm Beach County.

"I can't say the Holocaust is a factual, historical event because I am not in a position to do so as a school district employee," Latson wrote in an email, later published by the Post.

"Not everyone believes the Holocaust happened and you have your thoughts but we are a public school and not all of our parents have the same beliefs so they will react differently, my thoughts or beliefs have nothing to do with this because I am a public servant," the principal said. "I have the role to be politically neutral but support all groups in the school."

In another email, Latson said the school's curriculum, which reportedly includes Holocaust education in English and history classes, "is to be introduced but not forced upon individuals as we all have the same rights but not all the same beliefs."

Latson later apologized for his comments, explaining he regrets "the verbiage that I used when responding to an email message from a parent, one year ago, did not accurately reflect my professional and personal commitment to educating all students about the atrocities of the Holocaust."

The school district called Latson's comments "offensive" and said his views were "not supported by either the School District Administration or the School Board."

Latson's firing is the first in years, as many principals often resign before any type of termination proceedings take place, according to the newspaper. The principal's attorney reportedly plans to appeal the termination, which is scheduled to take effect Nov. 21. Until then, Latson is suspended without pay.