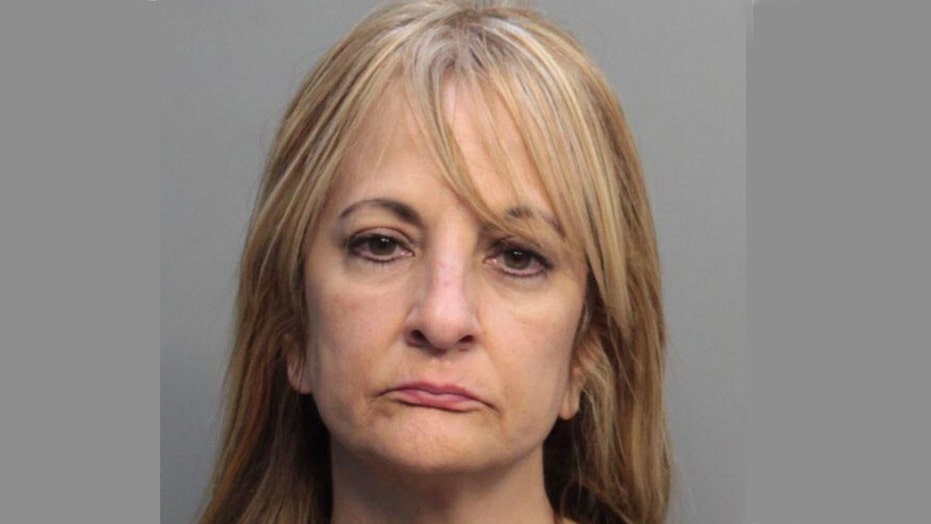 A caretaker working for a Holocaust survivor and her husband allegedly stole thousands of dollars from the elderly Florida couple — and spent it on shopping trips, expensive restaurants and gifts cards, according to police.

Odalis Lopez, 56, was arrested on Friday after apparently scamming Rella Herman, 91, and Leonard Herman, 90, over the course of several years, WTVJ reported. Lopez began working for the couple as a caretaker in 2011.

LOUISIANA WOMAN SAYS METH FOUND HIDDEN INSIDE BODY PART IS NOT HERS: POLICE

Odalis Lopez, 56, allegedly stole thousands from a Holocaust survivor and her husband, according to police. (Miami-Dade County Jail)

When she was supposed to be using Rella's credit cards to buy groceries and prescriptions, an arrest warrant alleges she instead went on personal shopping trips and spent money on expensive restaurants.

Authorities claim the caretaker stole more than $116,000 from the Hermans, who live in Pinecrest. The couple's grandson said their retirement accounts — including reparations received from surviving the Holocaust — are all gone.

"My grandmother survived one tragedy which was the Holocaust and then her only son passed away in 2015," Micah Herman told the news outlet. "The fact that at that point in time, the caretaker increased the fraudulent charges and took advantage of her despair and depression is what I find to be revolting."

The grandson added to WSVN that Lopez was his grandmother's "only friend. This is someone she saw more than anybody."