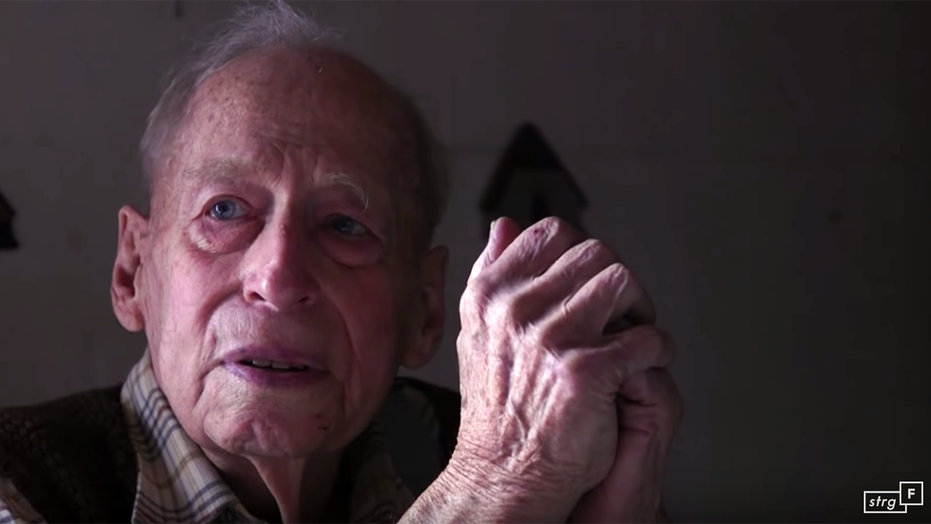 A former Nazi soldier who was convicted of war crimes following the massacre of dozens of people in France during World War II -- but never served time -- has died.

Karl Muenter, 96, who served as a sergeant with the 12th SS Panzer Division “Hitler Youth,” died on Friday in northwestern Germany, an official for the mayor's office of the village where he lived confirmed on Monday.

On April 1, 1944, the SS Panzer Division fatally shot 86 men in northern France's Ascq village. Rebels had derailed a railroad line being used to shuttle German troops to Normandy and his division was ordered to arrest the males in town. The victims, who ranged from teenagers to elderly people, were lined up and shot.

Muenter was convicted in absentia of war crimes and sentenced to death by a French court after the war, but by the time he was tracked down in 2013 — by the great-grandson of one of his victims — the statute of limitations on his conviction had passed.

PAIR OF UNDERWEAR BELONGING TO EVA BRAUN SELL AT AUCTION FOR MORE THAN $4,600

German prosecutors opened a new investigation of Muenter on suspicion of his being an accessory to murder, but had to shelve the case after determining they couldn’t charge him again for the same crime.

A commemorative plaque is placed in the village of Ascq, in northern France, to remember the April 1944 massacre of 86 people by Nazis. (AFP/Getty)

Earlier this year, Muenter was again charged, this time after he appeared in a broadcast television interview in which he defended shooting those he killed in Ascq — and also disputed facts of the Holocaust.

He said he had not shot anyone personally, and maintained that the killings were justified because the prisoners had tried to escape.

“If I arrest the men, then I have the responsibility for them and if they run away, I have a right to shoot them,” he said. Muenter also disputed that six million Jews were killed in the Holocaust, saying “we didn’t have that many Jews here at that time, that’s already been disproved.”

ARF, the public television show on which Muenter appeared, reported the former Nazi had close ties to neo-Nazi groups in recent years, talking to them about his experiences in the SS.

Denying the Holocaust is a crime in Germany. Prosecutors opened an investigation after the 2018 interview, and at the time of this death on Friday, that incitement case was still pending trial.