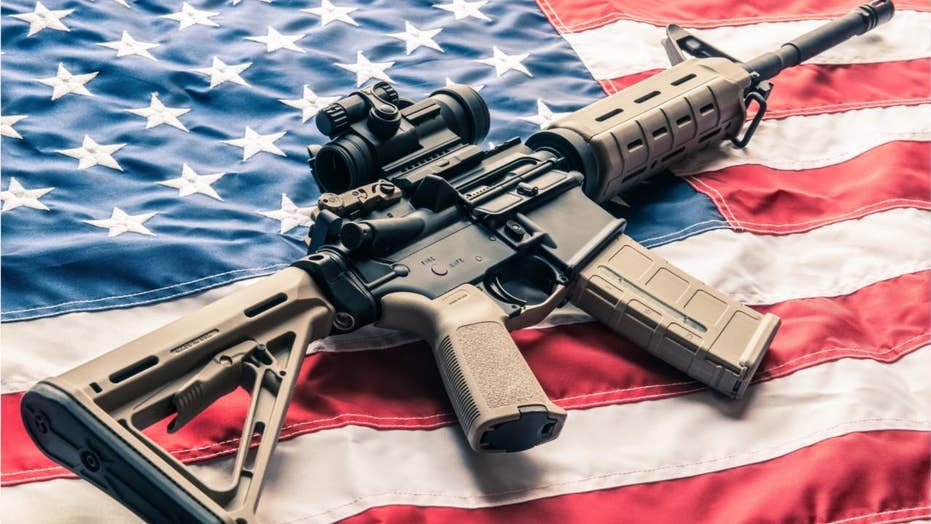 A Florida woman who was eight months pregnant used an AR-15 to fend off burglars who were attacking her family. One burglar is dead and the other is on the loose.

A Florida woman who was eight-months pregnant and came out wielding an AR-15 rifle reportedly saved her husband and pre-teen daughter last week from a pair of violent intruders who'd broken into the family's home — with the gun-toting matriarch fatally striking one of the men, who was later found dead in a nearby ditch.

Jeremy King was at his home in Lithia, 25 miles southeast of Tampa, at 9 p.m. Wednesday night when two armed men, wearing masks and hoods, broke inside.

"As soon as they had got the back door opened, they had a pistol on me and was grabbing my 11-year-old daughter,” King told Bay News 9. “I’m telling them, ‘I have nothing for you,' and they’re like, ‘Give me everything you got.’ It became real violent, real fast.”

King said one of the burglars pistol-whipped him and another kicked him in the head, creating a commotion that attracted the attention of his wife, who walked into the room to see what the noise was — and soon found herself dodging a bullet.

The woman, who was not identified, reportedly retreated and grabbed an AR-15 that was legally inside their house, returning to the room and shooting the intruders, hitting one of them.

“When he came toward the back door in her line of sight, she clipped him,” King said of his wife. “He made it from my back door to roughly 200 feet out in the front ditch before the AR did its thing.”

The man was later found dead in the ditch, according to the news outlet. The other burglar fled when his friend was shot.

“Them guys came in with two normal pistols and my AR stopped it. [My wife] evened the playing field and kept them from killing me," King said, noting he suffered a fractured eye socket, a fractured sinus cavity and a concussion, and needed "20 stitches and three staples in my head."

Neither of the intruders was publicly identified by authorities.

Anyone with information on the incident or the burglar's whereabouts is urged to contact the Hillsborough County Sheriff's Office at 813-247-8200.