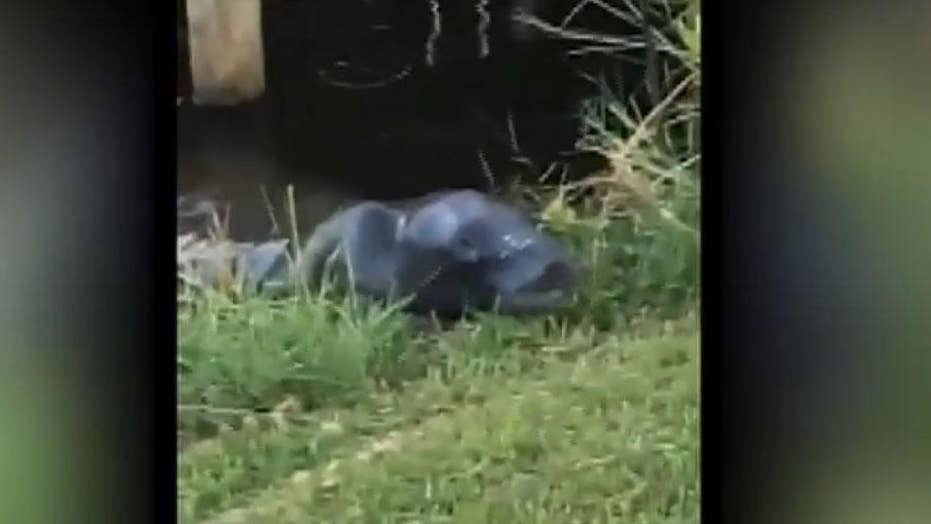 A Florida man was surprised when earlier this month a manatee almost entirely came ashore as it fed on his lawn near a river’s edge.

Dan Scovern, who caught the interaction on video, lives on the St. Lucie River near the North Fork, St. Lucie River Aquatic Preserve and on July 9 he was shocked to find that a manatee came ashore to eat the tall grass on his yard.

“This is the most I’ve ever seen it coming out of the water,” Scovern can be heard saying in the video.

This marine animal - sometimes described as a sea cow - is usually found in Florida’s shallow rivers, bays, canals, and coastal waters. They migrate to natural springs to stay warm during the colder months. Manatees are herbivores and mainly consume seagrasses and freshwater vegetation.

Scovern told Stroyful that he grows the grass near the river’s edge on his property longer so that the manatees can snack.

The average adult Florida manatee can grow anywhere between 10 and 12 feet long and can weigh up to 1,800 pounds.