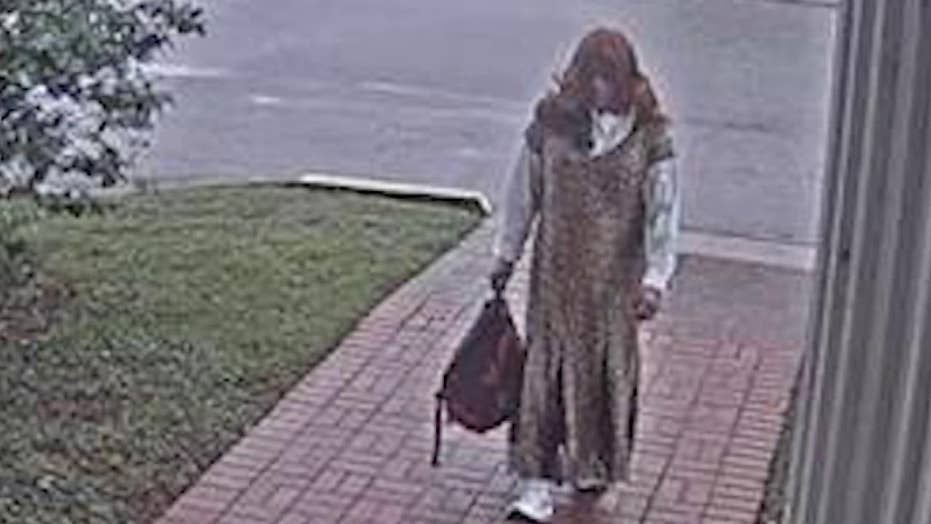 The suspect was apprehended after a chase.

A man in Florida accused of robbing a bank while disguised as a woman has been arrested after he allegedly stole a police cruiser and led deputies on a two-county chase, investigators said.

Gumersindo Reyes Jr., 51, was wearing a gold dress and a red wig when he entered a Chase Bank in Casselberry, northeast of Orlando, and passed a note to the teller demanding money, Police Chief Larry Krantz told reporters. He allegedly left carrying an undisclosed amount of cash in his backpack.

Reyes drew the attention of a passing Seminole County deputy who saw the suspect ditch his disguise behind a bush, Fox 35 Orlando reported.

The deputy got out of his patrol car and confronted Reyes, who police said was displaying "bizarre" behavior.

Reyes was wearing a gold dress and a red wig when he entered a Chase Bank, police said. (Casselberry Police Department)

After failing to subdue Reyes with a stun gun, the deputy chased him into an apartment complex across the street from the bank, WFTV reported. The deputy reached for his firearm to order Reyes to the ground but Reyes also tried to grab the weapon, setting off a struggle.

Reyes then dashed out of the complex and stole the deputy’s patrol vehicle, police said.

"There's nothing that drives me crazier than to see a 'bad guy,' or know that a 'bad guy' got behind the wheel of one of our patrol vehicles, even for just one moment," Seminole County Sheriff Dennis Lemma said. "I'm OK that he was in the car, but he was sitting in the wrong seat."

Reyes led deputies on a wild chase through Seminole and Orange counties before crashing the vehicle into another car in Maitland where they finally arrested him, police said.

He faced numerous charges including battery on an officer, resisting an officer with violence and robbery with a firearm, according to police records.

Reyes had a criminal history of attempted murder and robbery in Puerto Rico, officials told WFTV.