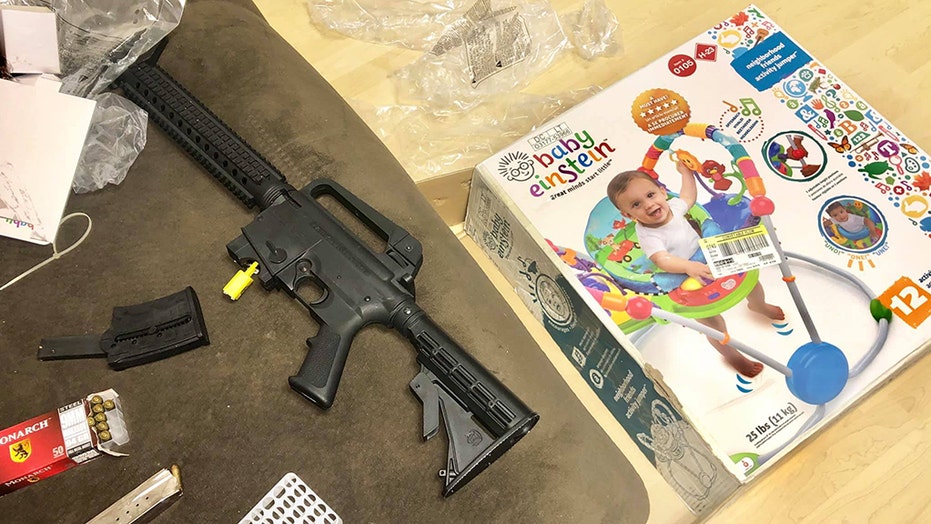 A Florida woman who thought she was buying a baby shower present claims she ended up with slightly more than she bargained for - a Mossberg 715T semiautomatic rifle.

Veronica Alvarez-Rodriguez claims that on Sunday she stopped by a Goodwill store in Valparaiso on her way to the event and thought she found the perfect item — an unopened $10 baby bouncer.

But when they got to the baby shower and the father-to-be opened the box, they realized it was not a new item, as he found the semiautomatic rifle inside, reportedly with live ammo inside of it.

“You guys got me a gun," the new dad shouted, according to The Palm Beach Post.

SOME FLORIDA TEACHERS CAN NOW CARRY FIREARMS ON SCHOOL, CAMPUSES

Alvarez-Rodriguez described the situation to WOFL as a "total shock for us, but also hilarious and just glad it came into safe hands with all of our husbands being military."

An officer from the Crestview Police Department showed up at the event to inspect the weapon and checked their identification.

On her Facebook page, Alvarez-Rodriguez claimed the officer allowed them to keep the rifle, telling them "do what you want with it," but said in an update the police department is holding it for 90 days while they investigate.

“Goodwill has the best treasures for $9.99,” Alvarez-Rodriguez said, writing online that the gun "now belongs to Baby Jonathan who is due to enter this world any day now."