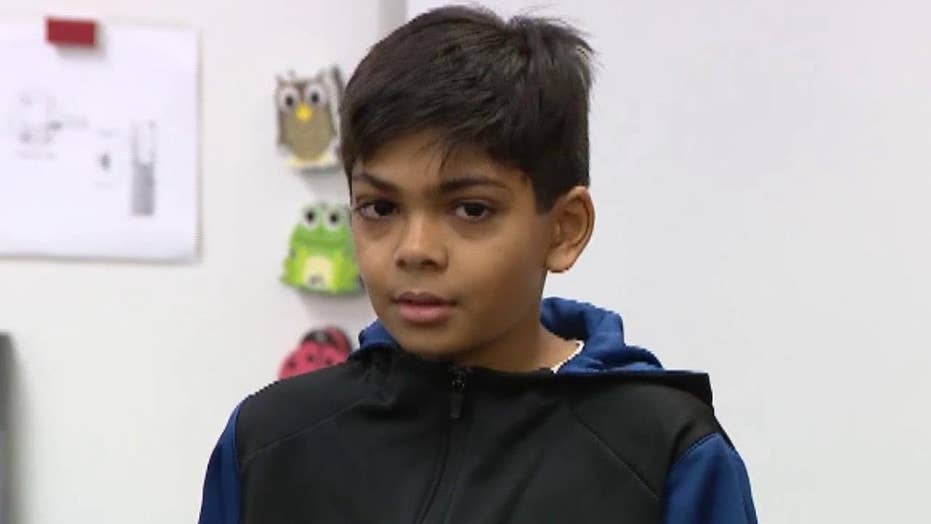 It's the season for giving and helping others, which is just one of the reasons a fifth-grader in Florida used his own money to pay the balances of all delinquent lunch accounts for other students.

Arman Shah on Wednesday received a visit from Nike representatives and officials from the Orange County Public Schools at Avalon Elementary School in Orlando.  They came to recognize his generous act and present him with some custom-made Nike shoes. The visit Ms. Jackson's classroom came as a complete surprise to Shah.

"I thought they were gonna celebrate Ms. Jackson, not me!" a modest Shah said with a laugh.

School officials said Shah used his own money, earned working in his uncle's store, to pay the debts for those other students.  He said he did it after watching a documentary about "lunch shaming."