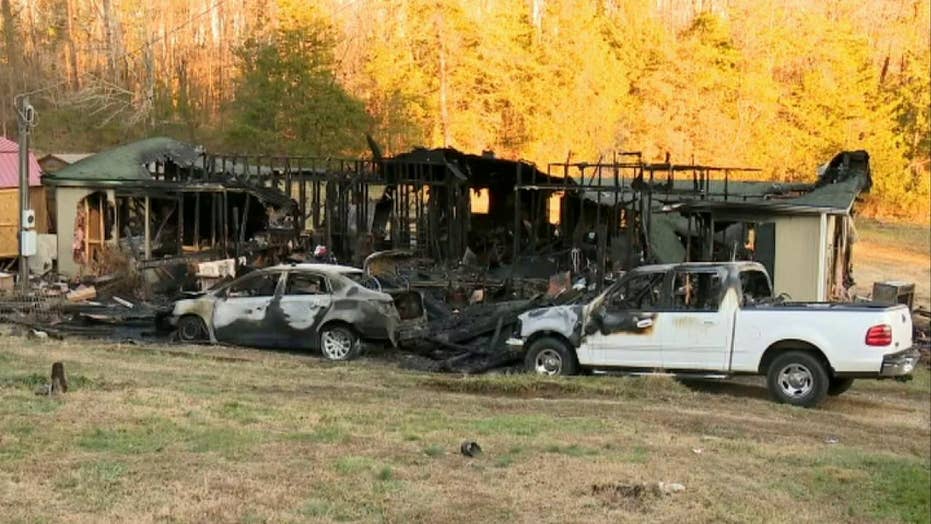 Firefighters say that although the home was a total loss, the family was saved by their fire alarm system.

A Georgia family of six escaped their burning home early Wednesday morning after their Christmas tree draped in lights was left plugged in overnight, causing the fire, officials said.

Emergency responders were called to the scene at 3:31 a.m. after reports of a structural fire with entrapment at 533 Worthington Gap Road. When Walker County Fire Rescue arrived, everyone inside had escaped the blaze.

A 60-year-old man suffered second- and third-degree burns, while four others were taken to the hospital and treated for smoke inhalation.

The fire marshall said electrical issues near the front living room wall caused the blaze, and a resident confirmed to officials that the Christmas tree lights had been left plugged in.

Smoke alarms within the residence alerted the family to the fire and allowed them to get out in time before the entire house was engulfed in flames.

Walker County Fire Rescue had installed three new smoke alarms at the residence on Oct. 2, 2018. There were non-working smoke alarms in the home prior to the family taking advantage of the county’s free community service program, the Marietta Daily Journal reported.

Between 2013 and 2017, the National Fire Association has reported responding to 160 fires caused by Christmas tree lights and warned residents to exercise caution during the holiday season to prevent dangerous fires from occurring.