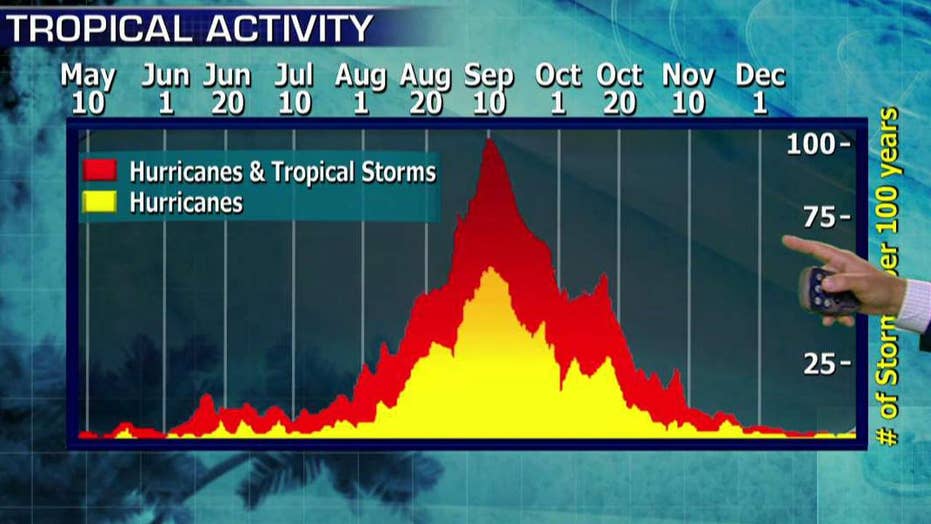 After a hurricane or severe storm strikes, it can sometimes take months or years for families and businesses to recover.

Such was the case in Lumberton, North Carolina, where 68-year-old Lola Smith recently returned to her apartment, after nine months of living in shelters and motel rooms following the devastation of Hurricane Matthew last October.

“The hotel was getting to be depressing, Smith told North Carolina’s Fayetteville Observer. “Living out of the suitcase is something you don't want to do. You have to dig through everything to find what you're looking for. All those things that we have now, I will never take them for granted. I will never take anything for granted.”

Smith and others were able to return home in part because Robeson County, North Carolina, was able to secure about $70 million in federal disaster recovery money to repair and rebuild homes.

Other victims haven't been as lucky. In Brunswick, Georgia, the Calvary Baptist Church plans to reopen Sunday following Hurricane Matthew, mostly thanks to donations and the work of volunteers.

The ordeal has been “horrible,” the Rev. Don Spires, the church’s pastor, told a reporter. He notes that the church still needs $250,000 to finish its repair work.

On Friday, with weather trackers predicting a busier-than-normal hurricane season for this year, President Trump and Vice President Pence made it a point to visit the Washington office of the Federal Emergency Management Agency (FEMA).

The president used the visit as an opportunity to pledge commitment to the nation’s emergency preparation and response efforts, the Washington Times reported.

“We are very strong on homeland security, and we’re very strong in respect to FEMA,” Trump said at the agency’s National Response Coordination Center in Washington. “FEMA is something I’ve been very much involved in already.”

“We’ve already taken care of many of the situations that really needed emergency funds,” the president said. “We do it quickly, we do it effectively. We have an amazing team.”

Also attending the preparedness forum were FEMA Administrator William B. "Brock" Long, acting Homeland Security Secretary Elaine Duke, and several governors, including Gov. John Bel Edwards, a Democrat from Louisiana, a state that was devastated by Hurricane Katrina in 2005.

Katrina and other past hurricanes, including Irene (2011) and Sandy (2012), have resulted in deaths, injuries and billions of dollars in destruction of property and overall economic impact.

Participants at Friday’s meeting talked about the importance of being better prepared to respond to future severe storms.

“We are entering peak hurricane season, and it’s critically important for everyone – state, local, and federal officials – to be in constant communication and coordinating efforts,” Edwards told Louisiana’s Livingston Parish News. “We know all too well how important it is for state and federal officials to share information when a storm is approaching, and this briefing was extremely helpful.”

"We are entering peak hurricane season, and it's critically important for everyone -- state, local, and federal officials -- to be in constant communication and coordinating efforts."

Long, whom Trump appointed to lead FEMA, has more than 16 years of emergency management experience, according to the FEMA website, and is a past director of Alabama’s Emergency Management Agency. He most recently worked for Hagerty Consulting, a disaster-response firm based in Illinois.

This year, meteorologists forecast there will be an above-average number of major hurricanes.

The Weather Company forecasts 15 named storms and eight hurricanes in the Atlantic basin, three of which will be major hurricanes.

It’s unknown exactly which areas may be affected by those coming storms, but the residents and businesses in those communities are counting on the Trump administration, FEMA, and the governors and other officials who attended Friday’s meeting in Washington to live up to their pledges.