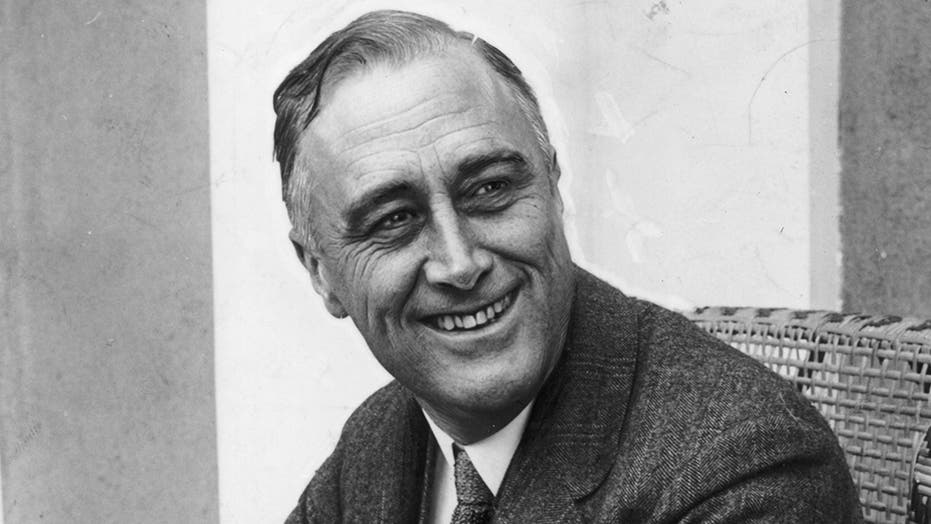 Just a week after his inauguration, President Franklin D. Roosevelt gave his first radio address 87 years ago on Thursday to assure a nation reeling from the Great Depression.

The radio broadcast, which would become the first in a series known as fireside chats, came as the unemployment rate reached upwards of 30 percent and the U.S. was experiencing its worst economic crisis to date.

Roosevelt used the moment to explain the banking crisis and the government's response.

“I want to talk for a few minutes with the people of the United States about banking," he said on March 12, 1933, from the White House's Diplomatic Reception Room. "I want to tell you what has been done in the last few days, why it was done, and what the next steps are going to be."

President Franklin Delano Roosevelt gave his first fireside chat on March 12, 1933 during the midst of the Great Depression. He used the 14-minute address to explain the banking system. (Photo by Hulton Archive/Getty Images)

He explained that he closed the nation's banks to prevent withdrawals from investors worried about bank failures. He said the banks would be re-opened the next day.

"Your government does not intend that the history of the past few years shall be repeated," he said. "We do not want and will not have another epidemic of bank failures."

He also thanked his listeners for their "fortitude and good temper" during the "banking holiday."

The fireside chats were immensely popular and reached millions of households at a time when many owned a radio. Roosevelt used the broadcasts to build popular support for his New Deal policies and to discuss U.S. involvement in World War II.

His language was crafted in a way to explain complex issues, according to historians.

The term "fireside chat" was coined by Harry Butcher of the CBS radio network, according to Britannica. Roosevelt made at least 30 radio addresses from 1933 to 1944.