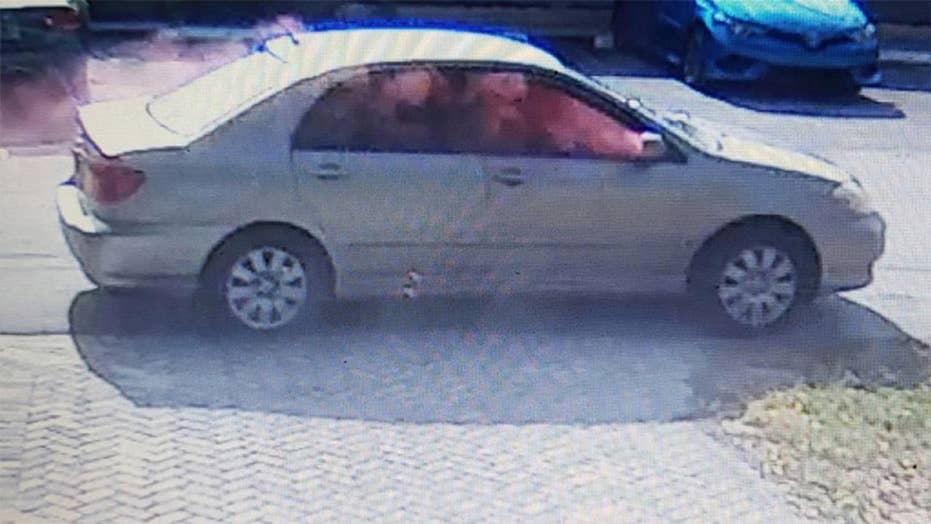 Authorities are on the hunt for the ‘Tie-dyes bandit,’ the FBI is offering a $10,000 reward for information on the suspected bank robber.

The FBI in Florida is offering $10,000 for information leading to the capture and conviction of the "Tie-dyed bandit" -- a suspected bank robber who earned the nickname, authorities say, after a dye pack in a bag of stolen money apparently went off in his getaway car.

The suspect is believed to have robbed or attempted to rob at least four banks at gunpoint in and around the Fort Lauderdale area between April and June, the FBI said in a press release Wednesday.

The unidentified individual is considered armed and dangerous.

The "Tie-Dyed Bandit" got his nickname, the Associated Press says, because agents believe a dye pack in a bag of stolen money went off in his getaway car. (FBI)

The FBI says the bandit was driving an older model Toyota Corolla that may have dye stains in it from a dye pack explosion, which was captured on video, the Associated Press reports. The FBI asks anyone with a tip call the FBI in South Florida at (754) 703-2000.