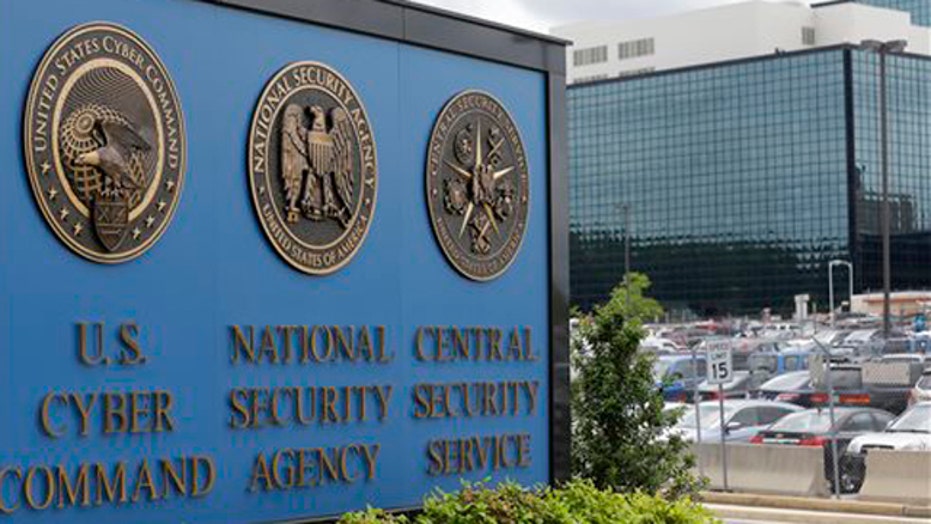 FORT MEADE, Md. – Two cross-dressing men who were fired upon by National Security Agency police when they disobeyed orders at a heavily guarded gate had just stolen a car from a man who had picked them up to "party" at a motel, police said Tuesday.

The FBI said the driver, Ricky Shawatza Hall, 27, died at the scene, and his passenger remained hospitalized. An NSA police officer who was slightly injured was released from a hospital.

NSA police opened fire on the stolen SUV after the men failed to follow instructions for leaving a restricted area, authorities said.

Only minutes before that, the pair drove off in the sport utility vehicle of a 60-year-old man who had picked them up in Baltimore and brought them to a Howard County motel to "party."

The SUV's owner, a Baltimore resident who has not been publicly identified, told investigators that he picked up the two strangers in Baltimore, and they checked into a room at the Terrace Motel in Elkridge at about 7:30 a.m. Monday with a plan to "party," Howard County Police said.

Police spokeswoman Mary Phelan told The Associated Press on Tuesday that she "can't confirm there was any sexual activity involved," and declined to elaborate on whether drugs or alcohol were part of their "party."

The two men were dressed as women, but "not in an attempt to disguise themselves from authorities," FBI spokeswoman Amy Thoreson said, repeating in a statement Tuesday that terrorism has been ruled out.

The SUV owner told police that he went to the bathroom about an hour after checking in to a room, and when he came out, the others were gone, along with his car keys. He called police to report the stolen car. Minutes later, just before 9 a.m., the men took a highway exit that leads directly to a restricted area at the NSA entrance at Fort Meade.

The FBI said Monday that agents do not believe terrorism was their motive. No one has explained yet why the men ended up outside the NSA. However, the new timeline suggests they may have simply taken a wrong turn while fleeing the motel, about 12 minutes away.

Once so secretive that it was known as "No Such Agency," the NSA is now in some ways just another part of the suburban sprawl between Baltimore and Washington. Thousands of daily commuters who traverse the Baltimore-Washington Parkway pass its heavily secured campus at Fort Meade each day. About 11,000 military personnel and about 29,000 civilian employees with security clearances work inside the barbed wire.

Similarly, the CIA headquarters in Langley, Virginia, is less than a mile from the George Washington Parkway, a heavily-traveled link between downtown Washington and the Capital Beltway. The CIA also has a training facility known as "The Farm" at Camp Peary, also conveniently located along Interstate 64 in Williamsburg, Virginia.

The NSA is Maryland's largest employer, and Rep. C.A. Dutch Ruppersberger, whose district includes the NSA campus, said its convenient location is critical.

He also said the NSA gate is far enough removed from the highway that it's easy to avoid ending up there by mistake.

"I drive by there every day, when I come from Baltimore to go to the Capitol. There's plenty of signage there," he said. "If you follow the signs that say `prohibited,' you can very easily get off. When you break the law, you break the law everywhere."

But it's not uncommon for drivers to take the wrong exit and end up at the tightly secured gates.

Most drivers then carefully follow the orders of heavily armed federal officers and turn around without getting into more trouble. In this case, authorities say the men ignored instructions on how to leave, and ended up stuck behind barriers. Police ordered them to stop, and then things escalated quickly.

The FBI declined to comment on the conditions of the surviving suspect and officer, except to say they were being treated at a local hospital. They also haven't said how the man driving the stolen car died.

It's not the first time someone has disobeyed orders at an NSA gate. In July, a man failed to obey an NSA officer's command to stop as he approached a checkpoint. That man drove away, injuring an NSA officer and nearly striking a barricade. He was later arrested and is awaiting trial on federal charges.

The FBI is investigating and working with the U.S. attorney's office in Maryland to determine if federal charges are warranted.