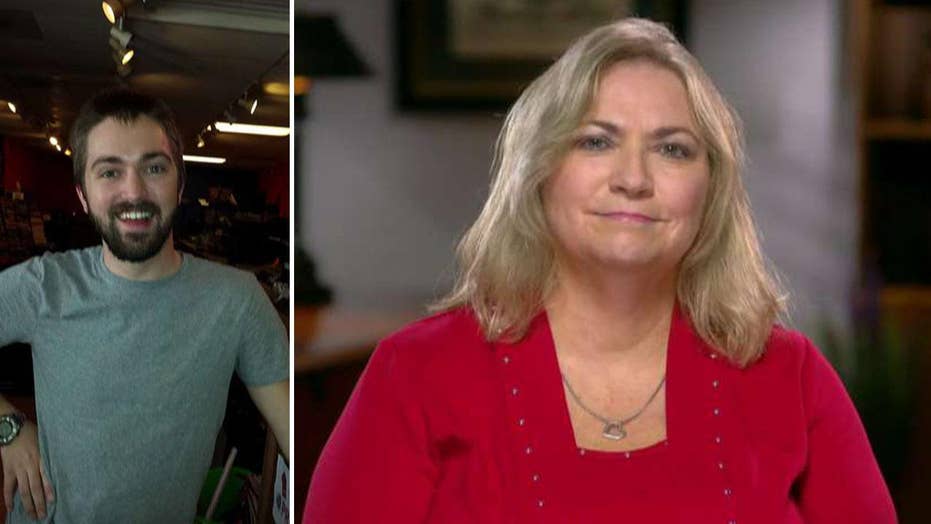 Several "Angel parents" -- the mothers and fathers of U.S. citizens killed by illegal immigrants -- are accusing top Democrats of being out of touch with “regular America” after they claimed President Trump is “manufacturing a crisis” at the border to win support for the construction of his long-promised wall.

Senate Minority Leader Chuck Schumer, D-N.Y., and House Speaker Nancy Pelosi, D-Ca., used the 'manufacturing' language Tuesday night during their tag-team rebuttal to Trump’s Oval Office address -- his first ever -- on border security. The Democratic duo argued the president was merely trying to strike fear into the hearts of Americans in an attempt to get his central campaign promise across the finish line. But that spin didn't sit well with those who've lost loved ones due to illegal immigration.

“I’m just wondering if Nancy Pelosi had one of her children or grandchildren assaulted in the same way that my son was assassinated if she would speak the same way. I just wonder about that,” Jeffrey Mazin, the father of Alexander Mazin, told Fox News’ ‘The Ingraham Angle’.

AS TRUMP HEADS TO BORDER, DEMOCRATS DOUBLE DOWN ON 'MANUFACTURED CRISIS' CLAIM

Alexander Mazin, 27, was shot and killed at a gym parking lot in San Diego in February last year. The suspected shooter, Ernesto Castellanos Martinez, is reported to be the ex-boyfriend of the woman Mazin had recently started dating. Martinez, investigators say, is also a twice-deported illegal immigrant who has since fled to Mexico.

“The man straddled him and pumped four more bullets into his chest. My son died there in the parking lot, like a rat in the street,” his father told Fox News last year. “Obviously every time I tell it, the emotion pours out of me.”

Julie Golvach, the mother of Spencer Golvach – who was shot and killed by an illegal immigrant at a traffic light in Houston in 2015 – also told Fox News that Schumer and Pelosi’s comments struck a nerve.

“It may seem 'manufactured' to them because they are sitting safely behind walls, but for those of us out in regular America, we are victims, we are prone to the victimization of illegal aliens and crime,” she said on ‘Fox & Friends’ Wednesday morning.

Pelosi, who delivered the first part of the Democratic rebuttal Tuesday night, said Americans “all agree that we need to secure our borders while honoring our values."

But she added: “the fact is: the women and children at the border are not a security threat, they are a humanitarian challenge – a challenge that President Trump’s own cruel and counterproductive policies have only deepened. And the fact is: President Trump must stop holding the American people hostage, must stop manufacturing a crisis, and must re-open the government.”

Schumer, in his remarks, echoed Pelosi in tone and substance, saying first that “Democrats and the President both want stronger border security," before noting "we sharply disagree with the President about the most effective way to do it."

Schumer also reiterated calls to end the ongoing partial government shutdown and accused Trump of using “the backdrop of the Oval Office to manufacture a crisis, stoke fear, and divert attention from the turmoil in his Administration.”

Trump, in a speech focused on what he described as a “growing humanitarian and security crisis at our southern border,” appeared to reference parents such as Mazin and Golvach. Trump interacted with "Angel parents" frequently while he was campaigning for the White House, often invoking their departed sons and daughters during speeches and speaking about the parents on a first-name basis. His Tuesday remarks were delivered in a similar spirit.

“For those who refuse to compromise in the name of border security, I would ask, imagine if it was your child, your husband or your wife whose life was so cruelly shattered and totally broken,” he said. “To every member of Congress, pass a bill that ends this crisis. To every citizen, call Congress and tell them to finally, after all of these decades, secure our border.”

The contentious debate over immigration policy was thrust back into the spotlight last year as massive migrant caravans tried to make their way through Central America in a bid to enter the U.S. Meanwhile, a “zero-tolerance” policy instituted by the Trump administration's Justice Department, which led to nearly 2,000 children being temporarily separated from their families after being caught trying to cross the U.S. border, also sparked a national outcry.

Some of those from the caravans who are still hoping to get into the U.S. watched Trump’s address Tuesday on television sets inside shelters in Tijuana, just on the other side of the U.S.-Mexico border.

Many of the migrants have told reporters they fled Central America due to the threat of violence and a poor job market.