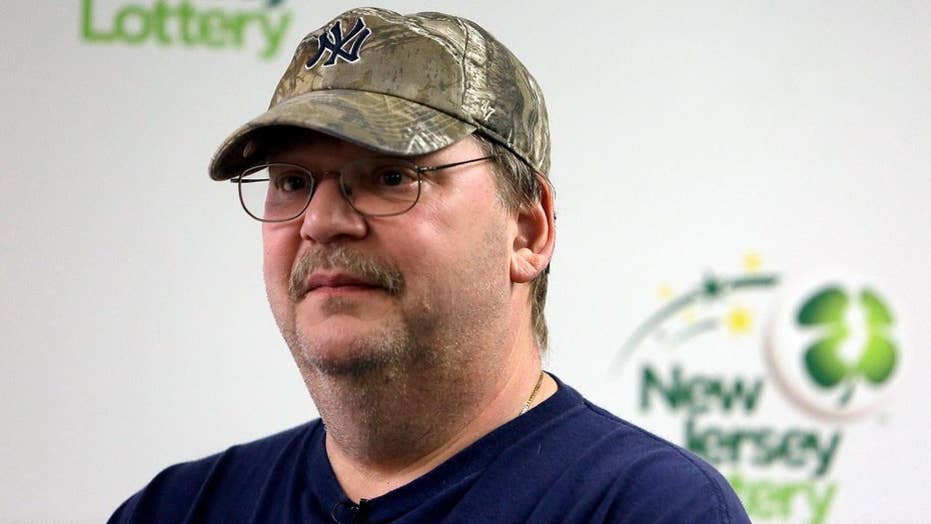 Ex-wife of $273M lotto winner says she still doesn't want him back: report

The ex-wife of an unemployed New Jersey man who just claimed his $273 million Mega Millions jackpot has no plans to reunite with her ex despite his new-found wealth.

He can keep it!

The ex-wife of an unemployed New Jersey man who just claimed his $273 million Mega Millions jackpot told the New York Post on Thursday that she has no plans to reunite with her ex despite his new-found wealth.

“He’s not appealing to me all of a sudden because he has this money,” Eileen Murray told the paper.

LAWYER FOR WINNER OF $1.5B LOTTO STEPS FORWARD, WINNER ALLOWED CUSTOMER TO CUT LINE BEFORE PURCHASE

The couple was married for 15 years until they divorced last October.  She told the Post that she paid spousal support and continues to make payments.

“I’m not going after anything. I have morals. I know what I’ve worked for and its everything that I have,” she said.

Murray also said she doesn't think her ex-husband will reach out to offer her any of the cash, but hopes he "does the right thing."

“Think about it. How long did I work? How long did I support him? I had to give him a lot of money in the divorce,” Murray said. “You tell me what’s the moral thing to do.”

Murray's ex-husband said he'd been actively searching for a job over the last year but never received an interview, the Daily Mail reported.

He said he left his two tickets he purchased at the store and a "good Samaritan" reportedly handed them over to the clerk.

"I’m looking for the guy that handed them in," Weirsky told the Mail. "I’m gonna give him something."