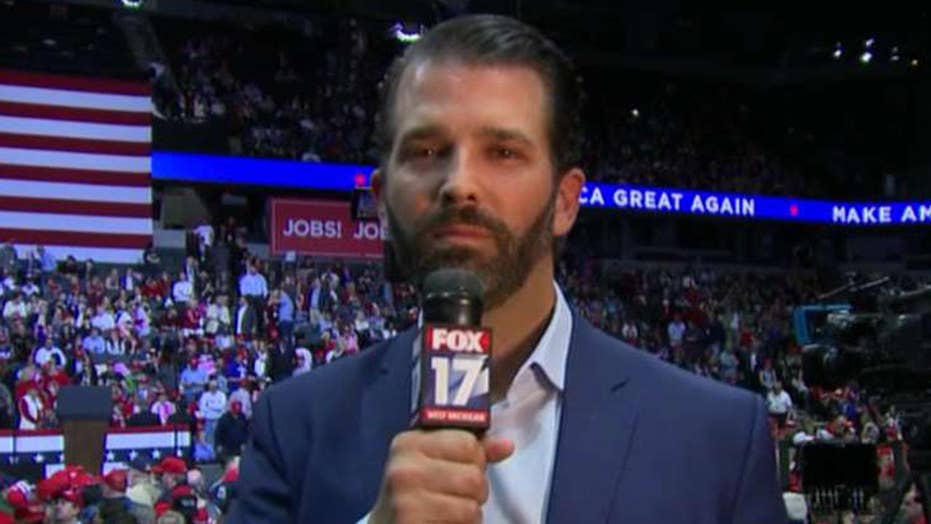 Don Jr. thanks supporters for sticking with the president through Mueller witch hunt

Donald Trump Jr. on Thursday night called the findings from Special Counsel Robert Mueller’s report an “incredible vindication” by showing no collusion between the president and Russia, but he added that lawmakers should now be tasked with tracking down the origins of the allegations.

Speaking from Grand Rapids, Mich., to Fox News’ Sean Hannity following Trump’s first major rally since the release of the report, Trump Jr. said his family and the administration felt vindicated that their denials over the past 22 months were validated.

“When you look at what my father’s accomplished in the last two years, when you look at his winning track record, despite the largest witch hunt - the greatest hoax ever perpetrated on the American people, imagine what he can do now with that cloud off of his back.” 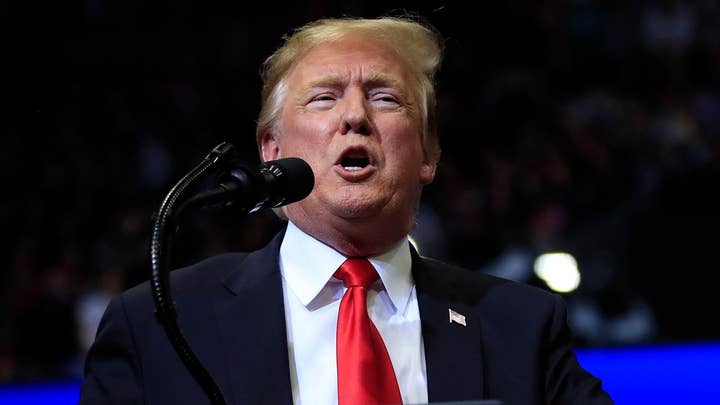 “This has been a stain on our republic. It’s a blight on democracy and our Constitution and it can’t be allowed to happen again, to either side.”

He also said lawmakers “have to get to the bottom of it.”

Trump Jr., who often stumps for his father, also was asked about whether he’s considered a career in politics.

“These are my people, I get it,” he said. “I see what my father is doing and I’m just damn proud as an American to see those results and I’m going to keep fighting for him. I won’t rule it out for myself, but first things first, we’re going to let him finish up strong.”