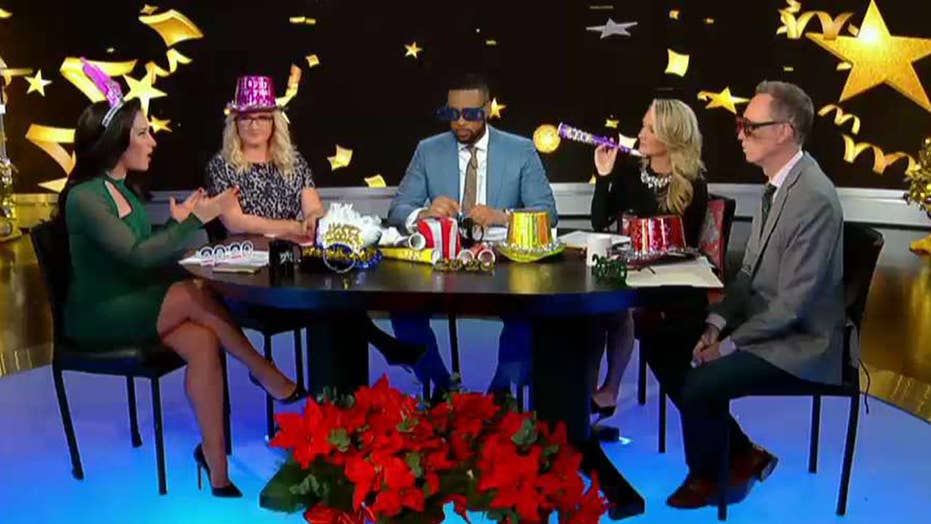 'The Five' co-hosts discuss how they plan to celebrate New Year's Eve.

What many people are debating this week is whether 2020 marks the start of a new decade or the final year of the 2010s.

“Am I going nuts or has nearly every media outlet got this wrong?” one Twitter user asked. “Isn’t 2020 the final year of the decade, and not a new decade?”

“CBS lies about everything, even the date,” another wrote. “The year 2020 is the last year of the current decade, not the first year of the next decade. It is NOT ‘a new decade’ anywhere on the planet.”

“It’s not a new decade,” a third Twitter user insisted.

“Just as everyone celebrated the millennium a year [early] the 20s start January 1st 2021.”

“I’ve been dubbed a killjoy for quietly pointing out that 2020 is not a new decade,” another wrote. Think I’ve been banished from the party.

Students cheer as they release balloons during celebrations to welcome the New Year at a school in Ahmedabad, India, Dec. 31, 2019. (Reuters)

“Don’t care,” the writer continued. “I prefer being correct than having friends.”

Others, however, had a different view.

“Anyone saying that 2020 is not a new decade should just be quiet,” one pro-new decade supporter wrote. “It literally just looks nicer for it to end and start on a 10 rather than an 11. Sometimes being ultra factually correct just ruins the fun.”

“I can’t believe some oomfs are dumb enough to think the decade ends next year,” another wrote. “like sis it literally changes from the 10s to the 20s in 2020 how is that not a new decade [?]”

Perhaps providing a glimpse into where the public at large stands, KTNV-TV in Las Vegas conducted a Twitter poll, asking people whether the Twenties begins in 2020 or 2021.

The result: A whopping 78 percent responded that 2020 starts the new decade while 22 percent preferred to wait ’til next year.