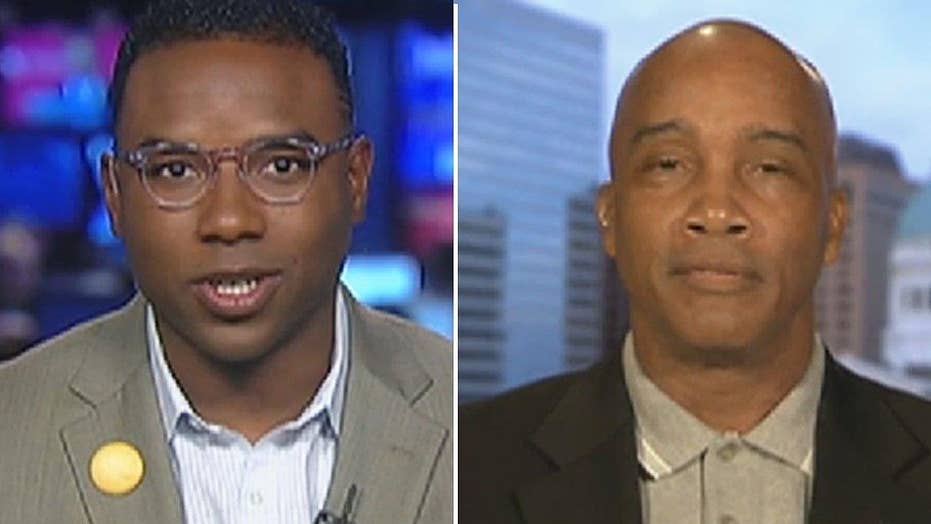 A 'Deplorable' vs the 'Ethnocentric Racist'

Ugly scenes emerged from Wednesday night’s rioting in Charlotte, including Twitter video of a white man being beaten and dragged by a mob, and the brother of the black man whose death in a police shooting touched off protests telling media that all white people are “devils.”

Charlotte officials appealed for calm on Thursday, two days after 43-year-old Keith Lamont Scott was killed and just hours after violent riots stemming from Scott's death. The unrest resulted in one man being shot and killed, while several several police officers and civilians were injured. Police made 44 arrests.

Images and language in this video may be disturbing to some viewers:

The police officer who shot Scott was African-American.

North Carolina Gov. Pat McCrory declared a state of emergency at 12:30 a.m. and called in the National Guard after Charlotte’s police chief said he needed the help.

"The events that we saw last night are not the Charlotte I know and love," Mayor Jennifer Roberts said during a Thursday morning news conference. "They are not reflective of our community, of the deep-seated traditions we have of collaboration and peace."

Roberts called for a "full, transparent investigation" of the police shooting on Tuesday of 43-year-old Keith Lamont Scott, however, Charlotte-Mecklenburg Police Chief Kerr Putney would not commit to releasing video of the incident to the public. Putney said Scott's family had asked to see the video and authorities were trying to "accomodate" that request.

What started out on Wednesday evening as a prayer vigil after Scott's shooting turned into an angry march and then a night of violence. The unidentified civilian was shot as protesters charged police in riot gear trying to protect an upscale hotel.

Video obtained and verified by The Associated Press, which was recorded right after the shooting, shows someone lying in a pool of blood as people scream and a voice yells for someone to call for help. People are then told to back up from the scene.

The chaos resulted in two police officers receiving treatment for eye injuries and three others for heat-related issues, Putney said. Nine civilians were also hurt. Those arrested were charged with varying crimes, including failure to disperse, assault and breaking and entering.

Demonstrators shouted "black lives matter" and "hands up; don't shoot" while cursing at officers with bicycles blocking intersections. As the protesters approached the Omni hotel, officers in riot gear lined up outside arm in arm and a few marchers threw bottles and clods of dirt.

But not all the marchers left. Police in riot gear then began marching arm in arm through downtown Charlotte intersections, shooting tear gas at people who charged them. At least one protester knocked down a CNN reporter during a live shot.

Putney defended his officers' actions in an interview with Fox News' Megyn Kelly on "The Kelly File" Wednesday.