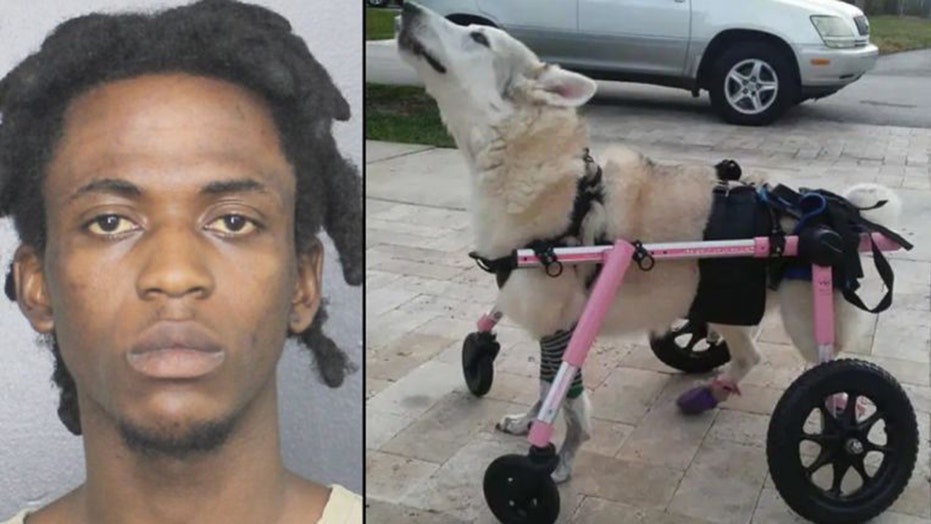 Florida detectives have nabbed a 19-year-old illegal immigrant who they say is responsible for a recent car theft that caused the death of a disabled dog.

Jephthe Jean Francois, of Sunrise, Fla., was arrested Wednesday on charges including causing suffering and death to an animal, according to reports.

“He stole the vehicle, he discarded the vehicle, leaving this dog stranded to its own devices locked in the car,” prosecutor Eric Linder said in court Thursday, according to the South Florida Sun-Sentinel. "When the car was later found, the dog was found unfortunately deceased, and what I can only imagine greatly suffered.”

Online records show Francois was placed on an immigration hold after his arrest.

DISABLED FLORIDA DOG STOLEN IN CAR FOUND: 'ZORRA IS GONE, SHE IS DEAD'

Francois is accused of stealing a Volvo on Oct. 3 that was parked in a handicapped space at a Dollar Tree in Oakland Park, deputies said. The owner, Wanda Ferrari, had left the car running with the air-conditioning on and Zorra, a Husky mix who requires a special wheelchair to walk, napping in the back seat.

When she returned after 10 minutes, the car was gone and so was Zorra.

The car was found four days later in Sunrise. Zorra was in the back seat dead.

When cops found Francois on Wednesday, they said he was sitting in the passenger seat of a stolen car police stopped while en route to a call of a burglary in progress, deputies said.

The key to Ferrari’s Volvo was found in the car, said Robyn Hankerson, a spokeswoman for the Broward County Sheriff’s Office.