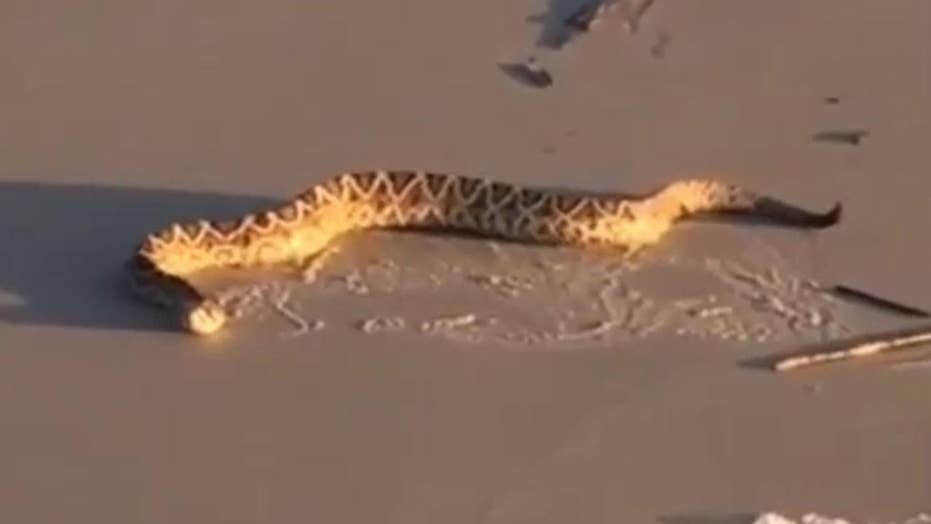 A Virginia couple vacationing in South Carolina received a shock when they spotted an unusual visitor on Hilton Head Island: a diamondback rattlesnake.

The couple, Jonathan and Lindsay Wiles, saw the serpent wash ashore last week at Port Royal Plantation Beach where they were vacationing with their four children, WNCN reported. The giant snake was slithering along the beach.

Snakes aren’t uncommon in the area, according to WNCN, but this one appeared to be an Eastern diamondback rattlesnake.

This snake, which is venomous, is native to the southeastern U.S., ranging from southern North Carolina to eastern Louisiana, according to the Savannah River Ecology Laboratory. The snake is usually seen in Florida and southern Georgia.

Lindsay commented on the Facebook video that she had to urge her husband to back away from the reptile while he took the video.