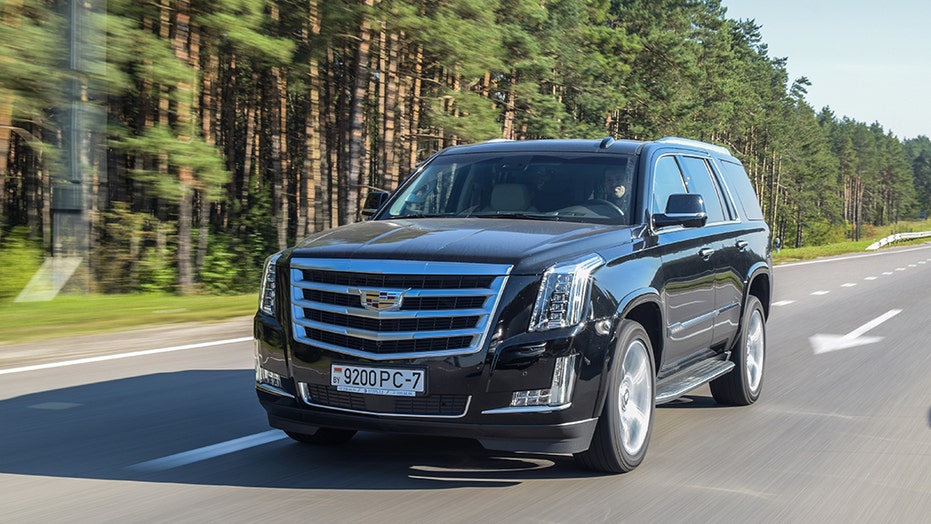 In an alleged Motor City money grab, a local man is accused of swiping funds from the federal Payroll Protection Program (PPP) -- which is meant to help keep small businesses afloat amid the coronavirus shutdowns -- to buy two Cadillacs, a Dodge Charger and a Hummer, according to federal prosecutors.

“The Paycheck Protection Program is designed as a lifeline to businesses struggling to survive this current crisis,” FBI Special Agent in Charge Steven M. D’Antuono said. “Instead of using these loans to salvage a legitimate business, the defendant allegedly bought expensive personal items for himself and his family.”

The Justice Department (DOJ) said Wednesday that Darrell Baker, 51, of Detroit, Mich., allegedly applied for and received a $590,000 PPP loan for a defunct solar energy business. The loans are designed to help small businesses maintain payroll as the effects of coronavirus shutdowns strain the economy.

“Baker is charged with lying to obtain money that was supposed to help small businesses struggling with their payroll and expenses due to the COVID-19 pandemic,” U.S. Attorney Matthew Schneider said in a statement. “Defrauding banks to obtain loans is never acceptable, and doing so during our current national emergency is unconscionable.”

United States Attorney Matthew Schneider announced Wednesday that a Detroit man is being charged with wire fraud for allegedly applying for a federal PPP loan on behalf of a non-functioning business -- then using the money to buy expensive vehicles. (Courtesy DOJ)

Investigators said they found that the business, Motorcity Solar Energy Inc., saw the state dissolve its corporate status in July 2019. The COVID-19 outbreak was declared a pandemic in March of this year.

But PPP paperwork showed Baker had claimed that Motorcity employed 68 people and had a $2.8 million payroll throughout last year, according to the DOJ. It did not have an account with the state’s unemployment program -- which authorities said is a prerequisite for any employer in the state -- and addresses listed as business locations turned out to be empty suites or single-family homes.

Two days after receiving the loan, Baker allegedly bought four cashier’s checks and withdrew another $60,000 in cash, according to the criminal complaint.

He is accused of buying two Cadillac Escalades, a Dodge Charger and a Hummer. He allegedly gave one vehicle each to his sister and brother-in-law and kept the other two for himself, investigators said.

“The FBI is committed to investigating anyone who seeks to take advantage of a global pandemic to line their own pockets at the expense of American taxpayers,” D’Antuono said.