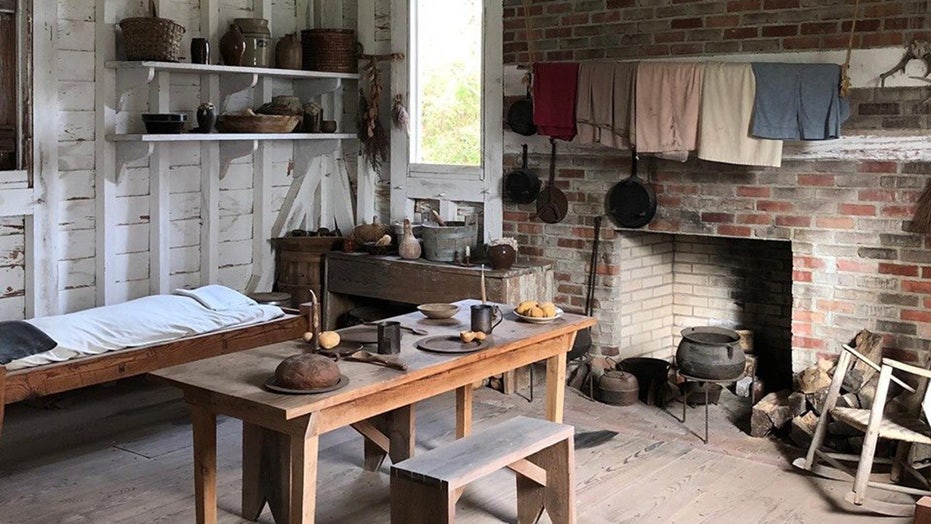 The descendants of two Africans who were enslaved at a North Carolina plantation will spend the night in a reconstructed slave cabin near the same sites where they once lived.

Mina Wilson, 57, of El Cerrito, Calif., is among the 40 descendants of two slaves named Kofi and Sally who are gathering Saturday for a reunion at the Somerset Place State Historic Site in Creswell, N.C. She is among the six family members staying overnight on the grounds.

“I think it will be a deeply spiritual experience,” she told the Associated Press. “I think we’ll be talking and communicating with the energy there.”

It will be the first time descendants of slaves will have spent the night at the former plantation.

AI COULD HELP IDENTIFY CIVIL WAR VETERANS IN YOUR FAMILY

The two slaves were among the 80 slaves brought to Creswell from the coast of west Africa in 1786 to clear out swamps for the plantation. Karen Hayes, the site manager for Somerset, told the AP that these dozens of slaves spent two years doing backbreaking work to dig a 6-mile, 20-foot wide transportation canal connecting Lake Phelps to the Scuppernong River.

"They were dealing with mosquitos, snakes and heat exhaustion," Hayes said. "And they didn't know why they were here and why they were captured."

In an 1899 book, a former Somerset overseer said that the slaves would drown themselves to escape bondage and some died from the work. In an indication of mortality among the slaves, just 15 of the original 80 are identified on the 1803 slave inventory, according to genealogical data gathered by Dorothy Redford, former executive director of the site.

By 1865, Somerset had expanded to include thousands of acres of crops, along with sawmills. The number of slaves working the property grew to more than 200.

The main house, built about 1830, still stands while the original slave cabins did not survive. The two there today were built at the same location as the original ones, to the same size and using the same materials, Hayes said.

The reconstructed cabins are the same size and built at the same location and using the same materials as the original ones. (North Carolina Department of Natural and Cultural Resources via AP)

Wilson and her family members are part of a larger group of 18 people staying on the grounds Saturday night as part of the Slave Dwelling Project.

Joseph McGill, who began the project to emphasize the history of slaves and has stayed overnight in slave dwellings about 200 times, told the AP it’s “totally different” to have direct descendants participating.

Wilson said she is part of the sixth generation of Kofi and Sally and that her story gives her “a different level of appreciation for the journey my parents and their parents took, and the vision they had to lead themselves from that to where I sit.”

“I have an immense gratitude and appreciation for that,” she added.