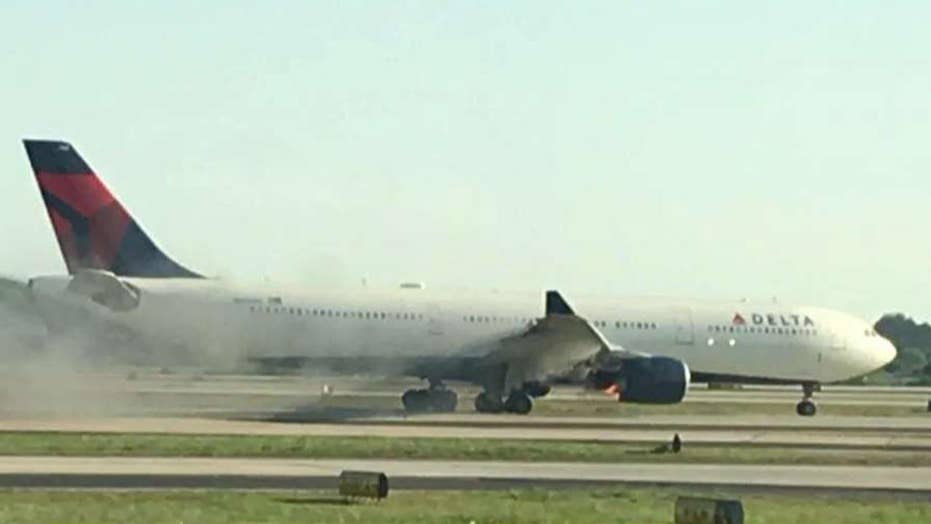 Raw video: Smoke pours from Delta plane after an emergency landing in Atlanta.

A Delta jet departing from the world's busiest airport made an emergency landing Wednesday after smoke was seen pouring from one of the plane's engines.

Hartsfield-Jackson Atlanta International Airport tweeted that "after 6pm, smoke was reported coming from the engine of a departing aircraft."

The plane, which was departing for London, "immediately returned" and Aircraft Rescue and Fire Fighting (ARFF) officials "hosed down the aircraft's smoking engine."

The plane was towed back to the concourse with passengers aboard, the airport said. No injuries have been reported.

A reporter with Fox 5 Atlanta who was aboard the plane said the incident occurred nearly half an hour into the flight.

The incident came a day after a Southwest Airline flight was forced to make an emergency landing in Philadelphia after one of the plane's engines exploded in mid-air. One woman, who passengers said was partially pulled out of the plane window, was killed when shrapnel from the engine hit her.