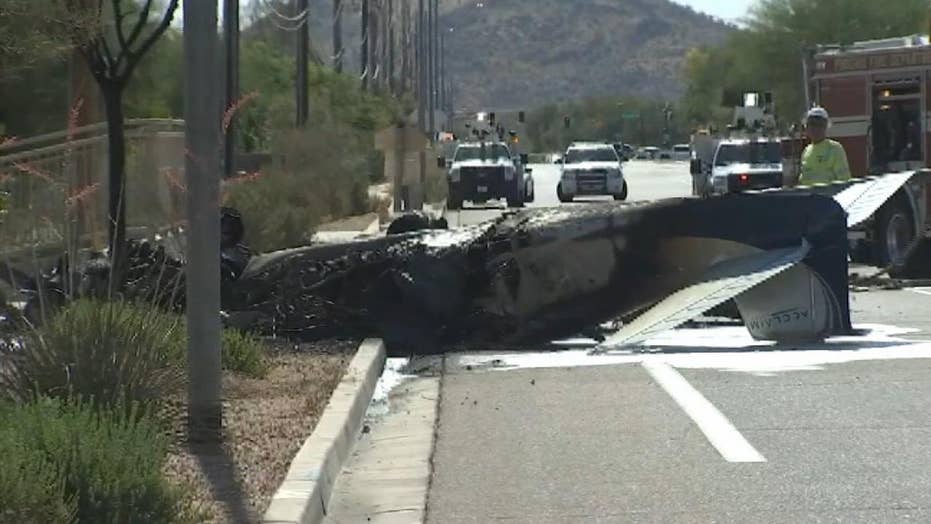 One bystander in particular is being hailed a hero for risking his own life to pull the pilot out of the burning wreckage.

The death toll has risen to 11 in the aftermath of a plane crash in Oahu, Hawaii, on Friday -- slightly higher than the initial count of nine.

The Honolulu Star Advertiser reported on the update in its crash coverage, and said the federal government could take more than a year to uncover the cause of the wreck.

The plane was carrying skydivers, all of whom died in a crash that Honolulu Fire Chief Manuel Neves said was "the most tragic incident that we’ve had." The victims included two women and three men in their late 20s. Six other males also died but their ages were not reported.

In 2016, the aircraft reportedly crashed in California in an accident that the National Transportation Safety Board (NTSB) attributed to the pilot's failure to properly implement a "spin recovery procedure."

Hawaii’s Department of Transportation confirmed on Friday that the plane was a type of American-built small utility aircraft and that no survivors were expected to be located.

Police said the plane was fully engulfed in flames when first responders arrived, Hawaii News Now reported. Smoke from the crash site could reportedly be seen for miles.

Fourteen units and 39 personnel were called to the Dillingham Airfield around 6:24 p.m., officials said.  Capt. Kevin Mokulehua told the Star-Advertiser that the fire was under control in 20 minutes. The department’s Air 1 helicopter also conducted an aerial search for debris and other evidence that could help officials determine the cause of the crash.

Family members who did not go up on the skydivers' flight were present at the crash site.

“I am closely following the tragic developments out of Dillingham Airfield this evening,” Honolulu Mayor Kirk Caldwell said on Twitter. “At this time our thoughts and prayers are with the family and friends of the victims.”