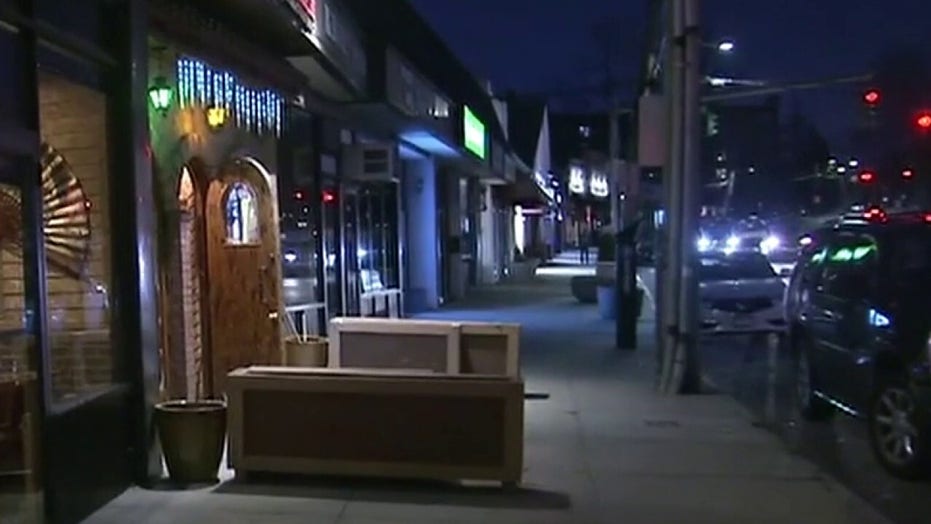 Alex Hogan reports from Manhattan after the tri-state order to close many public gathering places goes into effect.

New York City Mayor Bill de Blasio said he’s “absolutely considering” a citywide lockdown that allows city dwellers to leave their homes only for basic needs such as food and medicines amid the coronavirus outbreak.

The measure would be a major ramp-up in New York City’s COVID-19 response, which already has closed schools, banned gatherings of more than 50 people, limited restaurant service to takeout and delivery, and turned the lights off on Broadway and other entertainment venues.

De Blasio made the comments in a Tuesday morning interview with CNN when asked if New York City could enact a similar shelter-in-place order imposed in parts of the San Francisco Bay Area on Monday.

“We’re absolutely considering that,” de Blasio said. “We’re going to look at all other options, but it could get to that for sure for the whole country.”

The San Francisco measure went into effect Tuesday, confining nearly 7 million residents in six Bay Area counties to their homes for the next three weeks. The mandate orders residents to avoid unnecessary travel, and only leave their homes for food, medicine and exercise, according to county officials.

A person walks on an empty sidewalk across from the Manhattan skyline on Tuesday. (AP Photo/John Minchillo)

The New York City Health Department reported that at least 463 city residents have tested positive for COVID-19 as of Monday. Infections and deaths have continued to rise globally, including in the U.S., where at least 4,661 confirmed cases and 85 deaths were reported as of Tuesday morning.

“We need to have in our minds that this could be a crisis of, at a minimum, several months,” de Blasio said in the interview.

De Blasio said that dine-in service at the city’s bars and restaurants could be banned “for months,” estimating the restrictions could last through June or “longer.”

Chairs are stacked in a Starbucks coffee shop that remained open for customers purchasing for take-away on Monday in New York City. (AP Photo/John Minchillo)

The Democrat, who wanted to avoid closing city schools for children who rely on them for meals and for parents who are health care workers, warned that the institutions may remain shuttered longer than April 20.

“April 20 is when we’re going to make our first attempt, but watching the trajectory it’s hard to imagine that’s going to work,” he said.

"I have been asked repeatedly, are we considering travel restrictions? Are we considering curfews?" he said. "We are considering everything is the answer. Every option, every tool is on the table. We will decide in turn when we want to employ each."

However, Gov. Andrew Cuomo spoke in contrast to de Blasio during a press briefing later Tuesday, saying that he alone has the power to shut down New York City, and has no plans of doing so.

“We hear New York City is going to quarantine itself; that can’t happen without state approval,” Cuomo said. “I have no interest whatsoever or plan whatsoever to contain New York City.”

Cuomo also said that the state will open additional drive-thru testing facilities in Suffolk County and Staten Island, with a center opening in Nassau County on Tuesday.

New York state is projected to reach its peak number of COVID-19 cases in 45 days.