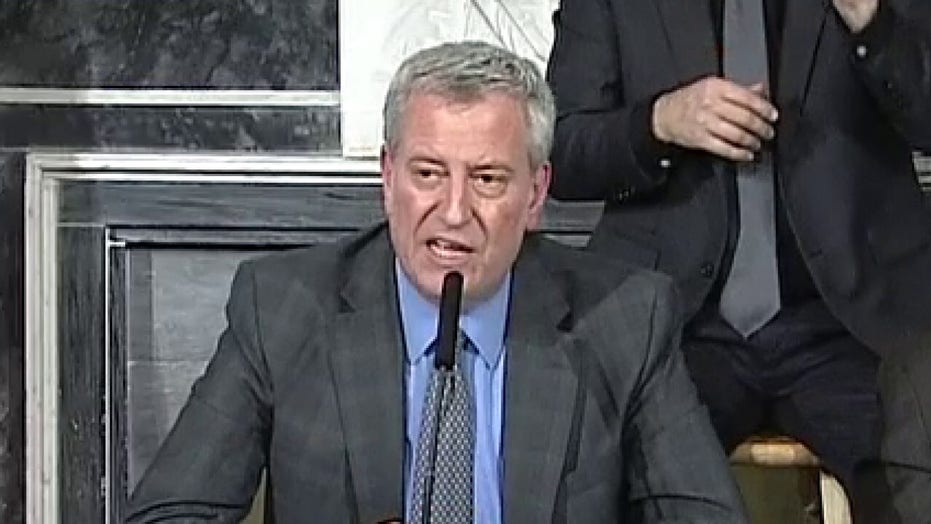 New York City Mayor Bill de Blasio is arguing that the best way to tackle the coronavirus outbreak is for the federal government to take over critical private companies in the medical field and have them running 24 hours a day.

The mayor, who made multiple media appearances over the weekend, said that the current situation calls for drastic measures which include nationalizing certain industries.

“This is a case for a nationalization, literally a nationalization, of crucial factories and industries that could produce the medical supplies to prepare this country for what we need,” de Blasio told MSNBC’s Joy Reid on Saturday, calling for “24/7 shifts” during what he called a “war-like situation.”

The following day, de Blasio reiterated this message, telling CNN that “the federal government needs to take over the supply chain right now.” He specified the need for companies that make ventilators, surgical masks, and hand sanitizers to be taken over and made to work around the clock.

The city itself has also taken drastic steps to deal with the crisis, forcing restaurants to limit themselves to takeout and delivery service, and closing many establishments to prevent the spread of the virus through crowds.

The mayor predicted that coronavirus will continue to be a problem “for at least six months.”

Sunday evening, it was announced that New York City schools will be shutting down until at least April 20, a measure de Blasio previously had resisted, despite facing pressure to do so.