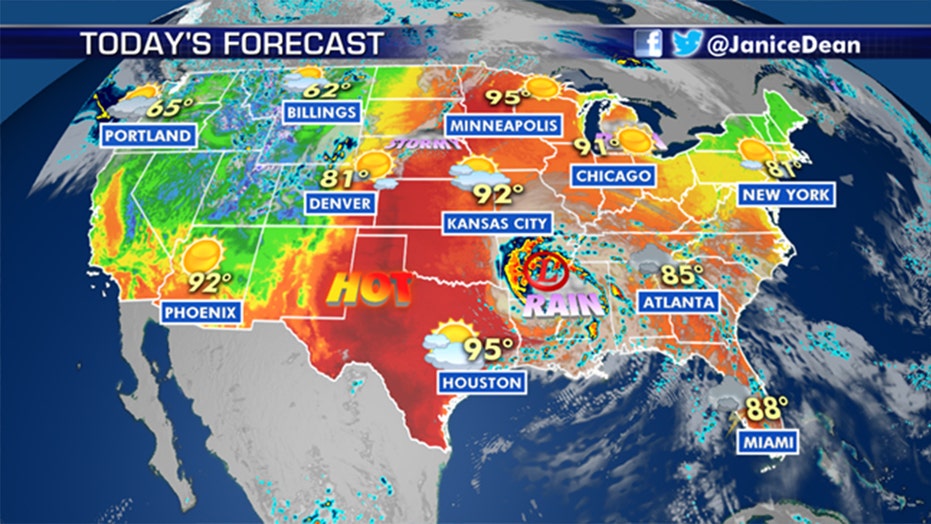 The third named storm of the 2020 Atlantic hurricane season, Cristobal, weakened to a tropical depression Monday morning after making landfall in southeastern Louisiana.

The storm system that made landfall near Grand Isle, La., with 50 mph winds will continue to bring heavy rain and tropical storm-force wind gusts into Mississippi and Alabama.

Isolated tornadoes are also possible north and east of Cristobal on Monday, especially across Mississippi and Alabama.

There’s a high risk for excessive rainfall over parts of the Mississippi Valley as the storm moves northward.

Forecasters from the National Hurricane Center (NHC) said that Cristobal is forecast to produce rainfall amounts of 5 to 10 inches from the central and eastern Gulf Coast into the lower Mississippi Valley, with isolated amounts of up to 15 inches.

Further north, 2 to 4 inches of rain, with higher amounts up to 6 inches, are expected as the storm system moves north.

In addition to the flood threat, there's also a chance of severe weather along the path up into the Great Lakes and the Midwest, as the remnants of Cristobal and a strong cold front interact.

Tropical Depression Cristobal is bringing the threat of flooding and severe weather to the Upper Midwest by Tuesday. (Fox News)

Across the rest of the country, the West will cool off on Monday but strong winds are elevating fire danger to areas of the southern Rockies and High Plains.