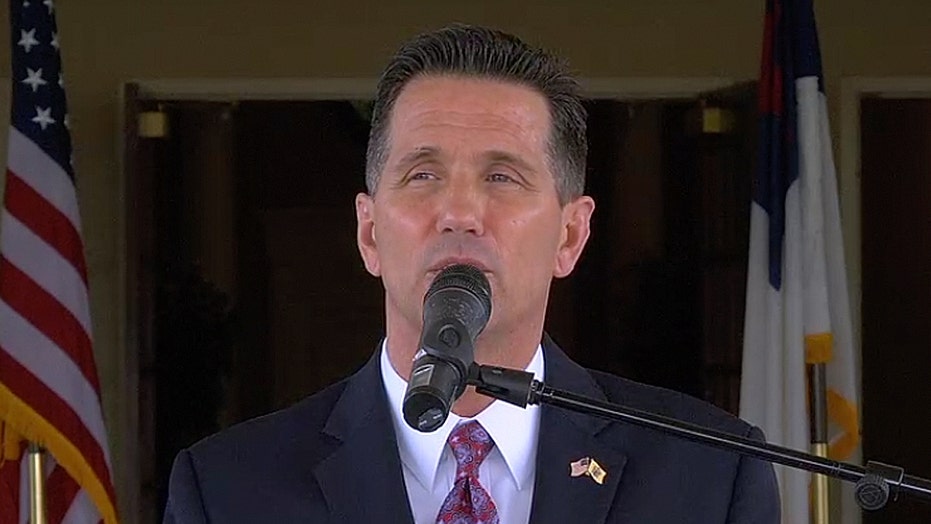 A handful of New Jersey pastors say they are reopening in defiance of Gov. Phil Murphy's stay-at-home orders to stop the spread of the coronavirus, because of their religious convictions and constitutional rights.

Charles Clark Jr., co-pastor of Solid Rock Baptist Church in Berlin who has been preaching for 45 years, made the announcement Wednesday at the South Jersey house of worship.

"We're not breaking the law by going to church," Clark Jr. said. "The people telling us we can't go to church are breaking the Constitution of the United States. It's illegal...It's just ridiculous in this country."

His son, Charles Clark III, doubled down on his father's comments.

Clark's attorney sent a letter to the Democratic governor demanding the status of churches in the Garden State be switched to essential given the First Amendment.

"Governor Murphy's executive order does not control the rights of the church," he said, "We understand the executive order has the power that it does for the time period necessary but it doesn't trump the power of the Constitution and it cannot go on indefinitely."

The pastor said they will take all health and safety precautions above and beyond what businesses already open are doing, including social distancing, deep cleaning, and temperature checks at the door.

Murphy has made it clear that until there's a vaccine or a treatment, mass gatherings, including worship services, will remain restricted, ABC 6 reports.

"Inside, no ventilation, close contact, it's a hard nut to crack," Murphy said. "We're just not there yet."

A month after issuing the original order, Murphy amended it to allow drive-in services after being sued by a North Caldwell Catholic priest in federal court. The pastors are asking for another change in the order.

It is unclear if the churches will face any push back from law enforcement or fines as churches have in Chicago and elsewhere.