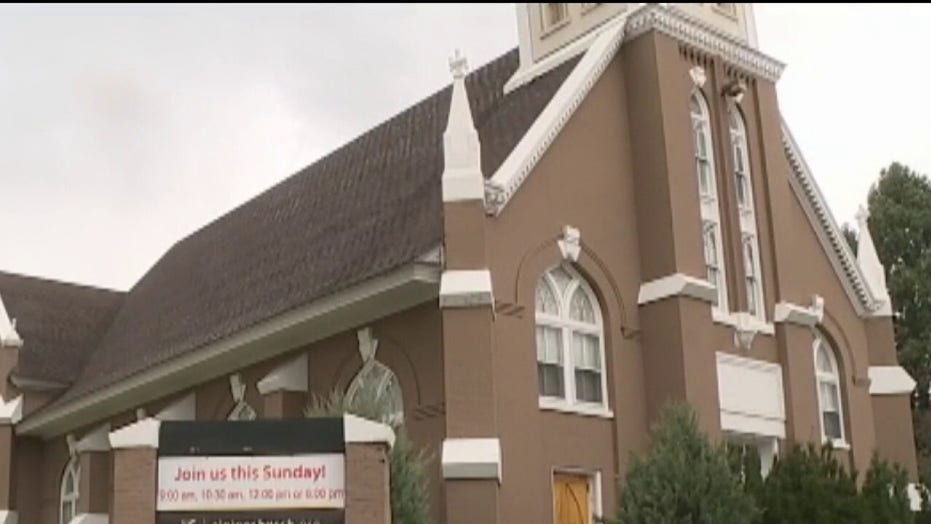 Churches struggle with loss of income during COVID-19 crisis

Chicago has begun fining churches for holding services that do not comply with the Democratic Gov. J.B. Pritzker's statewide stay-at-home order, with the Chicago Police Department telling Fox News that three churches will be hit with penalties for services held on Sunday, May 17.

Because religious services are considered nonessential under Illinois' current order, they are limited to fewer than 10 people. Philadelphia Romanian Church of God limited its congregation to 75 people on Sunday -- less than 10 percent of its capacity -- and was among the houses of worship fined by Chicago for its weekend services.

Philadelphia Romanian had congregants meet 13 requirements to attend -- including having no coronavirus symptoms and being younger than 65 years old -- and will have to pay a $500 citation, according to the Chicago Police.

Pritzker, who has been one of the most aggressive governors in ordering shutdowns to stem the spread of the coronavirus, previously defended his orders keeping people away from where they normally practice their religions.

"I know how hard it is to break from traditional celebrations of togetherness. But I believe passionately that adapting our expressions of faith in these times is one of the most faithful acts of all," Pritzker said in a tweet in mid-April.

He added: "The virus doesn't take a day off, and it's important for all of you to have the facts, so I'll continue to deliver them."

Pritzker earlier this month gave a dire warning on the spread of the virus during the briefing on his state's reopening plan, according to the Chicago Sun-Times.

"I know that we all have a passionate desire to return to the sense of normalcy that we felt before the world knew of COVID-19. Here’s the truth. And I don’t like it any more than you do," he said. "Until we have a vaccine, or an effective treatment, or enough widespread immunity that new cases fail to materialize, the option of returning to normalcy doesn’t exist."

A number of other churches in Illinois have filed lawsuits arguing that the limits Pritzker places on houses or worship are unconstitutional.

Elim Romanian Pentecostal Church and Logos Baptist Ministries, both represented by Liberty Counsel, filed a federal lawsuit arguing that limiting churches' attendance is unconstitutional, and pointing out that liquor stores, marijuana dispensaries and supercenters are allowed to accommodate large crowds.

“Governor Pritzker clearly does not seem to know that churches have the First Amendment right to exist, but businesses do not," Mat Staver, Liberty Counsel founder and chairman, said in a statement to Fox News.