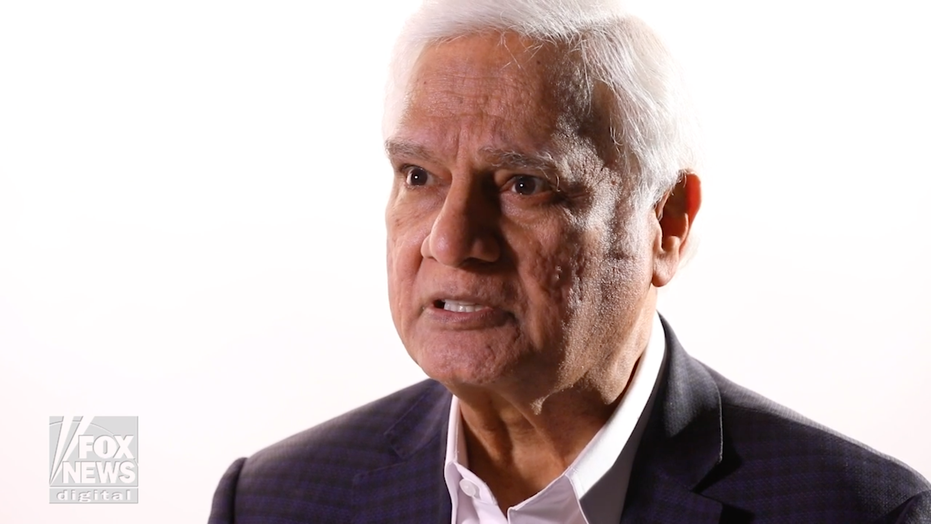 Tributes started pouring in after Ravi Zacharias, a popular Christian evangelist, died at 74 from a rare form of bone cancer Tuesday morning at his home in Atlanta, Ga.

Vice President Mike Pence honored him as a "friend" and, quoting scripture, a "man of faith who could 'rightly hand the word of truth' like few others in our time."

Pence added: "Karen and I send our deepest sympathies to his family and know he heard, 'Well done good and faithful servant.'"

“It’s a huge loss,” she told CBN News. “He means so much ... Billy Graham is the great evangelist. Ravi Zacharias is the great apologist ... He is someone I’ll meet in heaven and rest assured his legacy will always be here and he will continue to change lives.”

She added he "gave me the ability to go to Oxford, where there are renowned atheist scholars who try to say there's no intellectual undergirding for Christianity. Ravi Zacharias, who happened to have an office at Oxford, was the person who provided the counter to that, the intelligence behind why we believe what we believe."

Evangelist Franklin Graham, son of the late Billy Graham and CEO of the Christian relief organization Samaritan's Purse, described Zacharias as "one of the great Christian apologists of our time."

“Don’t feel sorry for Ravi — his fight with cancer is over, and he has placed his crowns at the feet of the One who deserves all glory and honor,” Graham wrote. “For those who have put their faith in Jesus Christ, we will see him again on the other side of the river.”

Louie Giglio, the founding pastor of Passion City Church in Atlanta, called him a "humble giant."

"I join the thunderous applause of Heaven," Giglio, who hosted Passion Conference, where Zacharias has spoken, said, with a photo of Zacharias putting his arm on Giglio's shoulder.

NFL star Benjamin Watson praised Zacharias "for being steadfast and faithful in your calling and for demonstrating Christ’s love in explaining our hope!”

“I count myself among the millions who have been impacted by your voice, your life and your legacy," Watson added.

"To my friend, my mentor and a great hero of the faith, @RaviZacharias — Thank you," Tebow wrote. "I know I’ll see you again and I look forward to that day. Love you brother!"

"He was a giant in the faith, giving Christians around the world confidence in their beliefs, while challenging the world to consider the exclusive claims of Jesus," Hall said. "Ravi opened doors for me, shared our stage at Pulse events, and spoke into my life in ways that I will never forget."

Johnnie Moore, a commissioner for the U.S. Commission on International Religious Freedom, praised Zacharias as “a once-in-a-millennium Christian leader, a hero of mine [and] a friend.”

“If it has ever been true of anyone, this giant of a Christian was welcomed by God himself as a ‘good [and faithful servant’ — with a standing ovation by those who came before,” he wrote.

Pastor Greg Laurie called him a "treasure and champion of the faith" and shared that he was scheduled to speak at Harvest Christian Fellowship this month.

Joseph D'Souza, archbishop of Good Shepherd Church of India, told Fox News: “Ravi’s passing is not just a loss for the global Christian community. India also has lost a great son and a great Christian apologist. We were proud of his life and work."

Dr. K.P. Yohannan, founder and director of Gospel for Asia, said, "I have known Ravi for the past three decades. I know of no one else that had such an incredible impact for the Lord Jesus Christ all over the world, especially among the top thinkers and leaders in our generation, regardless of their religious or ethnic backgrounds."

"Ravi wasn't just a great man – he was a good one," Shapiro tweeted, "which is far more difficult and important."

Zacharias was also a frequent guest on Fox News Channel and FNC chief religion correspondent Lauren Green remembers him as her "spiritual friend and mentor" and how his book "Can Man Live Without God?" changed her life.

NOTE: Caleb Parke, who met Ravi Zacharias during an interview at Fox News, grew up listening to him on the radio and reading his books.