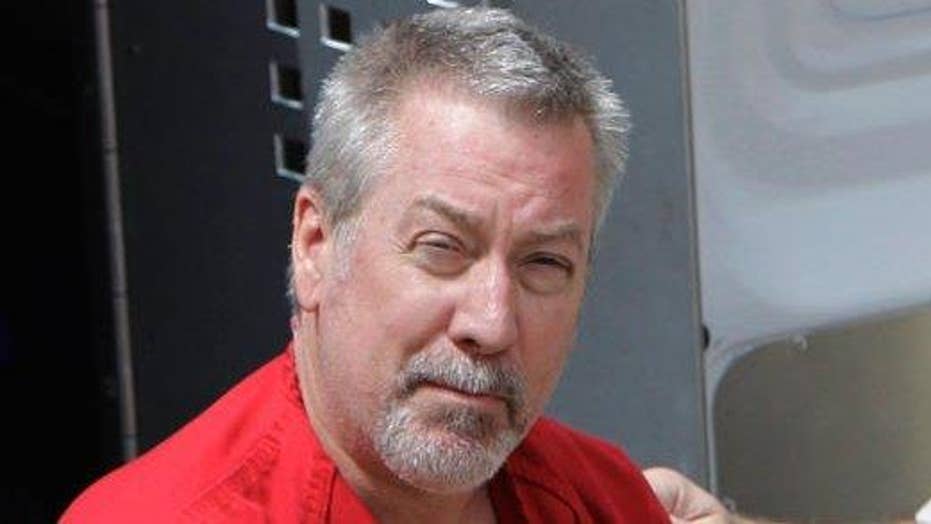 Former police officer faces up to 60 more years in prison

Former cop and convicted wife-killer Drew Peterson said in a new interview his current federal digs are an upgrade from his previous prison confines and shared his regrets about getting married -- though, quite a few people probably wish Peterson had remained single.

Peterson, speaking exclusively to FOX32 in a phone interview from federal prison in Terre Haute, Indiana, joked that life inside the maximum security prison is like "living the dream."

“It was dirty," Peterson said of the Illinois state prison he was previously in. "The mattresses I had, the pillow I had, you wouldn't put your dog on it. It was terrible. Urine and defecation spread on the walls."

The 65-year-old called that facility a "horrible, horrible place."

"Then I come to the federal place and it's comparatively like a day care center,” he told FOX32.

The former police sergeant from the Chicago suburb of Bolingbrook is serving a 38-year sentence in the 2004 death of ex-wife Kathleen Savio. He'll follow that with 40 additional years after a conviction in 2016 on allegations that he plotted to kill the prosecutor who put him behind bars.

Officials said Peterson was moved from an Illinois state prison to the federal facility after the threat to kill Will County State’s Attorney James Glasgow suggested he was a threat to prison security.

I would have stayed a bachelor for sure. It's just like every time I fell in love with somebody and tried to make a life with them, things didn't work out.

He first came to national attention in 2007 after his fourth wife, Stacy, vanished from the couple's home in Bolingbrook, Ill. She has never been found and no one has been charged in connection with the case. However, Peterson was recorded telling fellow inmate Antonio Smith he was worried that Glasgow would eventually charge him in the case.

Will documentary lead to new evidence in Stacy Peterson case

Kathleen Savio was found dead in her bathtub in 2004. Her death was initially ruled an accident, but Glasgow ordered the case re-opened following Stacy Peterson's disappearance.

During FOX32’s two separate 15-minute interviews, it was apparent that, since he was originally arrested in May 2009, Peterson has not wavered regarding his innocence.

Peterson, who claims that Stacy ran off with another man, told FOX32 there's still a chance she'll still show up.

“Well, there's been all kinds of cases of a woman coming back years after, as much as 10 or 12 years afterward," he said.

He added that he's had no prison romances with women inside or outside the penitentiary, and revealed one thing he wished he may have done differently over the years.

“I would have stayed a bachelor for sure," he told FOX32. "It's just like every time I fell in love with somebody and tried to make a life with them, things didn't work out."

The one-time Bolingbrook "Police Officer of the Year" said he's still in good health and makes $20 working in the prison laundry. When he's not watching sitcoms and movies, he told FOX32 he keeps in touch with his 6 kids, two of whom have recently graduated from "well-known" colleges.

Peterson, who is eligible for parole in 2081, is still appealing his murder-for-hire conviction in the state courts. He told FOX32 he blames his defense attorneys for bungling his defenses and plans to challenge the Illinois Supreme Court's decision to uphold his murder conviction in federal courts.