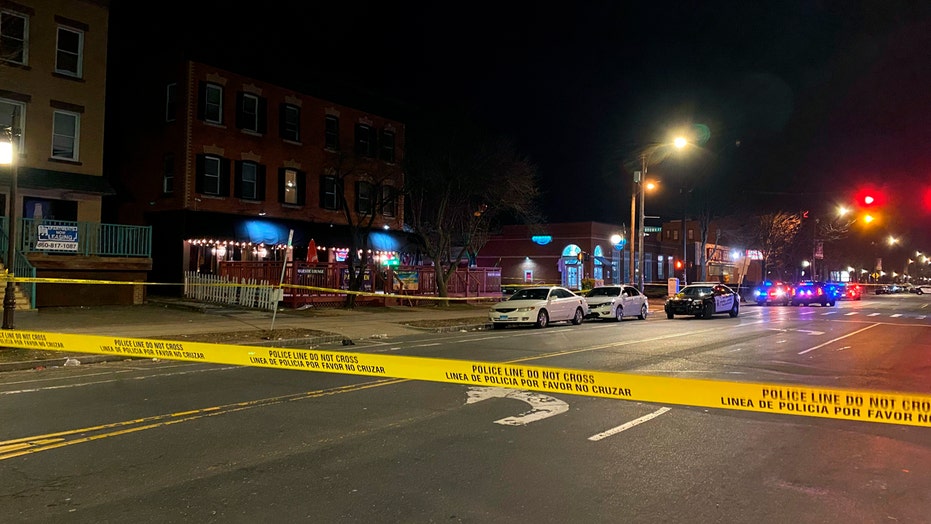 One person was killed and four others wounded in a shooting at a nightclub in Connecticut early Sunday, authorities said.

Hartford police Lt. Paul Cicero said the shooting took place at 1:30 a.m. inside the Majestic Lounge on Franklin Avenue in the city's South End. Officers stationed outside the club due to previous problems rushed in but were confronted with a large number of people running toward the exits.

“Everybody started pushing their way out to get away from the gunfire,” Cicero told the Associated Press. “It was kind of pandemonium.”

Officers, however, were able to provide immediate medical care to the victims, he said. Officials said that preliminary information indicated that two men and two women were wounded.

Police identified the victim who was killed as a 28-year-old male.  Two of the wounded people were still in surgery. The others were listed in "stable" condition, police said.

The names of the victims and the extent of their injuries weren't immediately released.

Officials told FOX61 there were two active scenes related to the shooting: one at the nightclub; and another involving a car crash on Maple Avenue near Hartford Hospital, involving one of the victims.

Mayor Luke Bronin said Sunday that illegal handguns were involved in the shooting. He said there have been problems at the nightclub in the past, but nothing in recent weeks.

City officials will be assessing what steps they can take to prevent violence at the club in the future, Bronin said.

“Hartford Police Officers who were at the club responded immediately, running in the direction of gunfire, and their heroic efforts may have prevented further loss of life,” Bronin said in a statement.

Police tweeted that streets surrounding the club remained closed during the investigation. Cicero said a “long, complex investigation" was underway, and that no suspects were in custody.

“We're not going to have anything for quite a bit of time,” he told The Associated Press.