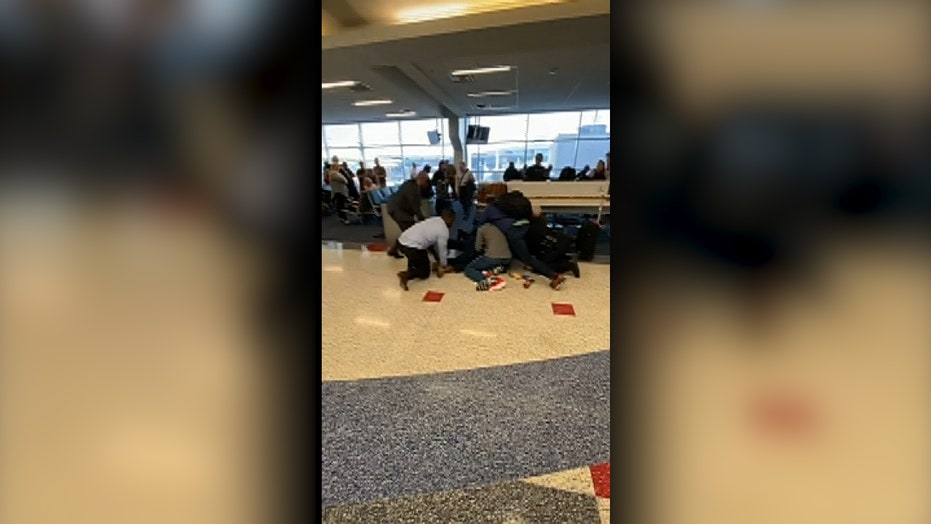 It’s not often you see something like this at the terminal.

A wild brawl between a traveler and police officers that involved the use of a stun gun was caught on video this week as passengers were waiting to board their flights at Dallas/Fort Worth International Airport in Texas.

“I really hope that whatever was going on with this guy, it was a moment in time,” John Huston, the bystander who reportedly captured the footage, said in an interview with FOX 4.

DEAD BIRDS SEIZED IN WASHINGTON FROM PASSENGER ARRIVING FROM CHINA

Police told the station they were called to the airport Thursday afternoon after receiving a report of a man shoving an airline employee.

When they arrived, authorities say the suspect -- identified as Jerome Toson Jr.-- started arguing with the officers and took a swipe at one of them.

Footage purportedly shows an officer then using a stun gun on Toson. A scuffle ensues and he is eventually brought to the floor and subdued with the help of other travelers.

One officer was bitten in an arm and a hand during the chaos, according to FOX 4.

Toson, as of Saturday, was being held at a jail in Fort Worth. He is facing numerous charges, including assault of a public servant, attempting to take a weapon from a peace officer and resisting arrest.