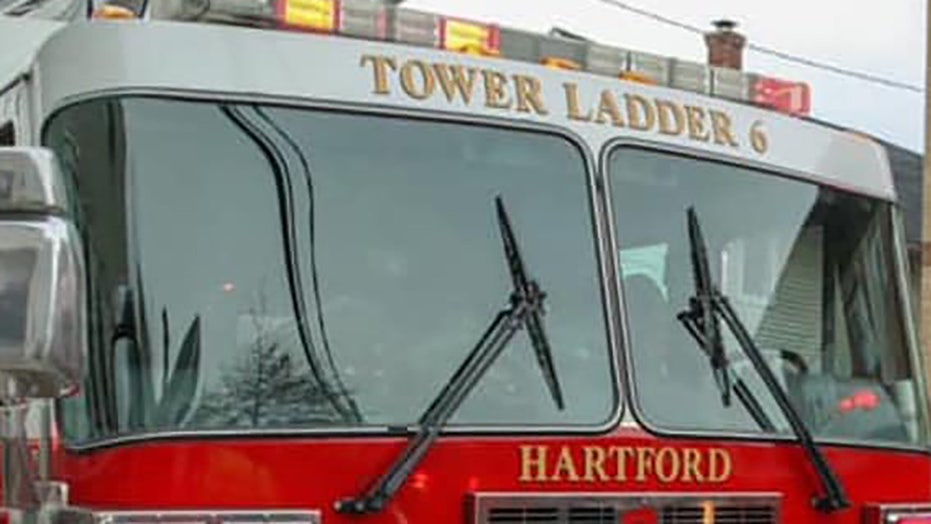 A three-alarm fire that broke out in a Hartford, Conn., apartment building before sunrise Sunday morning left one dead and dozens hospitalized.

Firefighters responded to the blaze around 1:19 a.m. to find smoke billowing from the third floor of the five-story, U-shaped building, Capt. Michael Patterson said, according to the Hartford Courant.

The fire then spread to the fourth floor, where flames reached a set of oxygen tanks, causing several explosions. Rescue crews deployed both ground and aerial ladders to rescue residents. In total, 41 people were rescued from the building. One person, whose identity has yet to be released by officials, died in the fire. Thirty-one others, including children, were rushed to local hospitals, Patterson said.

Two children arrived at the hospital in critical condition but were both upgraded to stable condition later in the morning, Patterson said. Three firefighters also suffered minor injuries, including one with a twisted ankle, the Hartford Courant reported.

"Our prayers are with all of the families affected by these fires, and we are deeply grateful to all of our first responders for their work today,” Hartford Mayor Luke Bronin, a Democrat, said in a statement. “Our firefighters and police officers heroically pulled many people from the building on Charter Oak Place, and there is no doubt they saved many lives.”

The mayor said 60 families were displaced after the fire. The town’s Health and Human Services opened a temporary shelter. The Salvation Army and the Red Cross were also helping with relocation assistance. The cause of the fire remained under investigation.